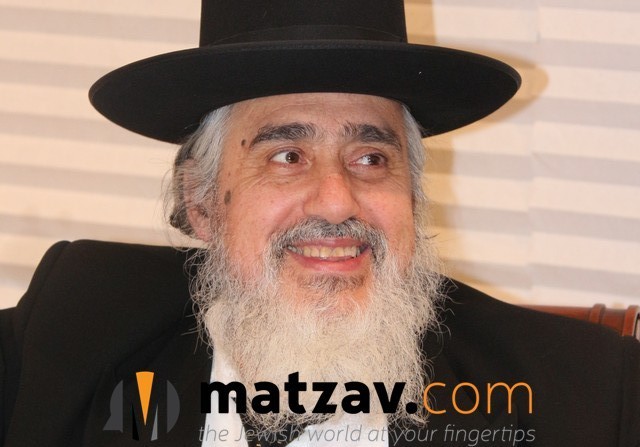 Rav Eliezer Ginsburg recently gave a shiur at a Flatbush shul and related an amazing middah keneged middah story that reveals the incredible salvation that a father in Lakewood merited because of his special concern for the welfare of another boy.

Five American bochurim drove from their yeshiva in Yerushalayim early Friday morning to Netanya with the intention of spending Shabbos there. Before Shabbos, they hoped to have a chance to go to a deserted beach and enjoy a refreshing swim in the Mediterranean.

Unfortunately, when they got to the beach, they found it crowded, and since there was no separation between the genders, they quickly left and hailed a taxi to drive them down the coast in hopes of finding an isolated beach. After a ten-minute drive, the taxi driver left them off at a perfectly deserted, isolated beach.

After quickly putting on their swimming suits, the five boys went into the water. Then, without any warning, one of the boys was swept 400 feet into the ocean by a dangerous riptide. The other four boys were helpless to rescue their friend, and the bochur himself, despite making a valiant effort to swim back to shore, was unable to do so. With his strength used up, the young man cried out to Hashem, “Only You can help me. There is so much more I want to do to serve You.”

At that very moment, the boy saw a not-so-young man, perhaps 65 years old, with a long gray beard, on a surf board, gliding towards him in the choppy waters. The man instructed the bochur to grab part of the board. He then guided the boy safely back to shore.

Wanting to express his hakoras hatov to his rescuer, the bochur asked, “Who are you? What’s your name?”

The man simply replied, “Thank the Borei Olam.” With that, he disappeared back into the water.

Grateful for his new lease on life, the boy waited a few hours for his father to wake up back in Lakewood in order to tell him of his neis. He related the frightening story and how Hashem saved him through the messenger of that elderly surf boarder.

Excited by what his son was telling him, the father at that very moment received a message on his phone. It said: “You are a lifesaver!”

Earlier that week, on Monday morning, after davening, the father entered a local shul in Lakewood and noticed a teenage boy looking at the table in front of him. The man asked with concern, “What are you doing here? Why aren’t you learning in yeshiva?”

The boy answered, “No yeshiva wants to take me in and I have nothing else to do.”

“I’ll get you into a good yeshiva,” the man answered. “I have connections with the hanhalah at Waterbury Yeshiva in Connecticut.”

He used his cell phone to call someone at the yeshiva. Based on his plea, they agreed to accept the boy, who thanked the stranger for his intervention.

On Wednesday, two days later, the father entered the shul and was surprised to see that the same teenager was there, doing nothing.

“I thought you were going to the yeshiva in Waterbury. Why are you still here?”

When the man returned home and told his wife what he was going to do, she asked, “What are you doing? The journey to Waterbury from Lakewood and back is at least six hours. You are 65 years old. You can’t do it. It’s too much physical exertion for you. Pay someone to drive the boy.”

The father agreed, and he asked his son-in-law to find someone to drive the teenager. He found a person who agreed to drive the young man for $200. That same day, the boy began learning in Waterbury.

It was that same boy who, two days later, when his benefactor was talking to his son in Netanya, sent the following message: “I am having a great time learning in Waterbury. You are a lifesaver!”

Rav Ginsburg related that this was clearly a case of middah keneged middah. That father had made an extra special effort to save a bochur by getting him accepted into a yeshiva. And the result? Two days later, his own son was saved by Hashem from being buried in the water in Netanya.