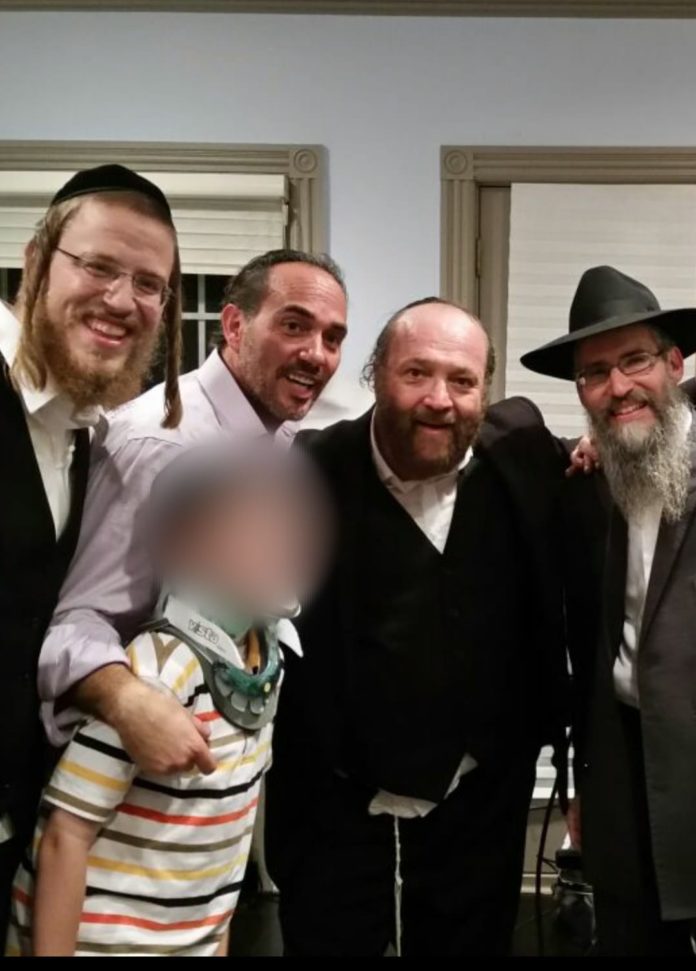 We lost a friend.

It’s well known by now that Harry Rosenberg, his daughter and son-in-law, Malky and Benny Weisz a”h were among the victims of the Surfside condo collapse. The news agencies are reporting that Harry went to Florida for a fresh start after a terrible year in which he lost his wife and both parents. Many articles include information about Mercaz Shalom, a young adult mental health treatment center that Harry launched in Bnei Brak in memory of his wife.

But we want to tell you something new about Harry, something that didn’t make headlines but is just as profound and impactful.

First, some background: We’re Tantzers, an organization that helps adults and children experiencing critical illness. We started ten years ago, visiting and dancing with patients and families in the hospital or at home.

After a few years, though, we realized that we needed to do more. When we’d come to patients’ houses, it was hard to lift their spirits. They were still stuck in their same four walls. Their families, who also needed a boost, were often busy or not home. We needed to take families out of their homes to a new environment and change the mood.

One day in 2015, our founder, Zelig Friedman, was visiting a friend who was homebound due to knee surgery. Zelig told the man that he was looking for a place to host a few families for dancing, food, and gifts. Zelig didn’t want a hall. Instead, he wanted a home for a personal, cozy feel. This man introduced Zelig to Harry Rosenberg.

Harry hosted our first-ever party in September 2015. It was an incredible night. Three families and a group of volunteers danced and sang with Avraham Fried and Yehuda Green. We served delicious food and gave presents to all the kids. Everyone was smiling and laughing. The mood was incredible. The atmosphere was charged. The families were energized. The parents relaxed, seeing their children smiling again, meeting new friends, and realizing they’re not alone.

“When we walked into the Rosenberg’s home, we didn’t know what to expect. We immediately relaxed as Mr. and Mrs. Rosenberg opened their hearts and invited us in with huge smiles. That evening gave us such chizzuk to keep going throughout our medical journey. Every time we passed their home, for the past six years, that same warmth and chizzuk came into our hearts,” recall Yankel and Rochel Schwartz.

Seeing how powerful the evening was, Harry realized the potential of these parties to heal families in medical crisis. Within days, Harry convinced a few friends to host similar parties. Only two weeks later, we did another event at the home of one of Harry’s friends. It was a snowball effect. For the past six years, we’ve hosted parties at least every two weeks and touched the lives of thousands of families.

Harry started a revolution. Today, Tantzers hosts bi-weekly parties, gala seasonal events, trips, and retreats. This spring, we opened the Tantzers Family Center to give a stable nightly routine to children of our families. And it all started with Harry opening his home and his heart one fall night in 2015.

We’re grieving over the loss of our dear friend. The work of the Tantzers should be an ongoing zechus and aliyah for the neshamos of מלכה בת חיים , חיים בן הרב יצחק , and ישראל צבי יוסף בן משה חנוך הענאך.