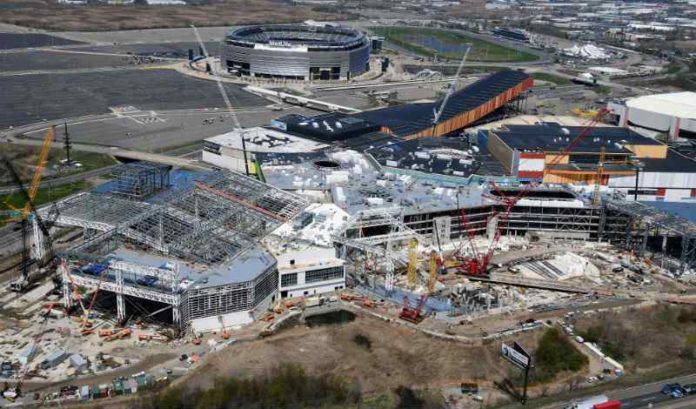 For years, the developers of the American Dream mega-mall under construction in the New Jersey Meadowlands have been reluctant to set a specific opening date, instead issuing vague estimates only to see another year pass without opening.

The announcement that the mall will open on Friday, October 25 comes 16 years after New Jersey officials greenlighted a plan to build a shopping and entertainment complex alongside the New Jersey Turnpike and next to Giants Stadium.

The owners of the project, Triple Five Group, the folks behind the largest malls in North America – the Mall of America in Minnesota and the West Edmonton Mall in Canada – announced in a press release today that the Meadowlands site will open to the public then.

“We have a one-of-a-kind property that will reshape the way people think about entertainment, theme parks and shopping,” said Don Ghermezian, president of American Dream and a member of the family that heads the Triple Five Group.