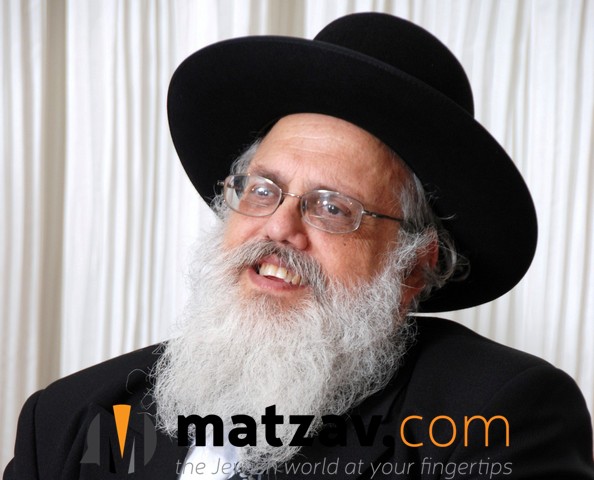 It is with great sadness that we report the passing of Hagaon Rav Moshe Eliezer Rabinowitz zt”l, menahel of Mesivta Keren Hatorah in Lakewood and rov of Bais Medrash Tiferes Shimon. He was 63.

Rav Rabinowitz had battled illness for several years, displaying outstanding gevurah during a period fraught with nisyonos. He passed away this afternoon.

Rav Rabinowitz previously served as mashgiach of Yeshiva Ner Yisroel in Toronto. About a decade and a half ago, in 1998, he moved to Lakewood, where he assumed the position of menahel at Keren Hatorah, which is led by his brother, Rav Mendel Rabinowitz.

Raised in the Bronx as a son of Rav Yisroel and Rebbetzin Masha Rabinowitz, Rav Moshe was a talmid of Yeshiva Chofetz Chaim on the West Side and the Mirrer Yeshiva in Brooklyn. He then learned in Yerushalayim at the yeshivos of Brisk and Mir, at which time he drew close to Rav Chaim Shmulevitz zt”l at Mir Yerushalayim and other Torah luminaries, whom he would constantly quote in his shiurim and shmuessen and whose approach to Torah and chinuch he employed and espoused.

Rav Moshe was one of the great mechanchim of our generation, inspiring talmidim of all ages to grow and prosper, guiding them with love, care and a true understanding of their needs.

Rav Rabinowitz’s chinuch expertise was well-known, and he was consulted and sought out for his hadrachah on knotty issues and inyonim related to chinuch habonim.

Rav Rabinowitz’s gadlus in Torah was just as remarkable. His knowledge in all facets of Torah was wide-ranging, yet his humility camouflaged just how great he was in that regard. His hasmadah was something extraordinary, as he would learn for hours on end, enhancing his already astounding breadth of knowledge.

Rav Moshe possessed boundless ahavas haTorah and ahavas Hashem, and he lived with these ideals every day of his life. His ahavas Yisroel was unparalleled. He loved people, young and old, and his smile and positivity were contagious.

Rav Moshe sustained the loss of his choshuve wife, Rebbetzin Tzippy Rabinowitz a”h, during the summer of 2013. Both he and his wife heroically dealt with debilitating machlos, demonstrating super-human strength and emunah.

Rav and Rebbetzin Rabinowitz’s unique gevuras hanefesh and nature were magnified during their final tekufah. They faced the nisayon with extraordinary strength, marrying off children and raising their mishpacha with amazing grace and strength.

Rav Rabinowitz was a beacon of chizuk and guidance for an untold number of people, who benefited from his vast Torah knowledge, his understanding of people, and his warmth and sensitivity.

Rav Rabinowitz’s passing is a blow to the Lakewood community and the greater American Torah world. His petirah has plunged thousands of talmidim and admirers into mourning. The Olam Hatorah is poorer because of the petirah of one of the truly great manhigim and mechanchim of our time.

He is survived by his brothers and sisters, as well as his illustrious children, bnei and bnos Torah who enrich their respective communities, and grandchildren.

In order to ensure that the aron will arrive in Eretz Yisroel in time for kevurah to be held before Shabbos, the levayah will take place only at John F. Kennedy International Airport (Cargo Area B, Building 22) at 5 p.m. today.