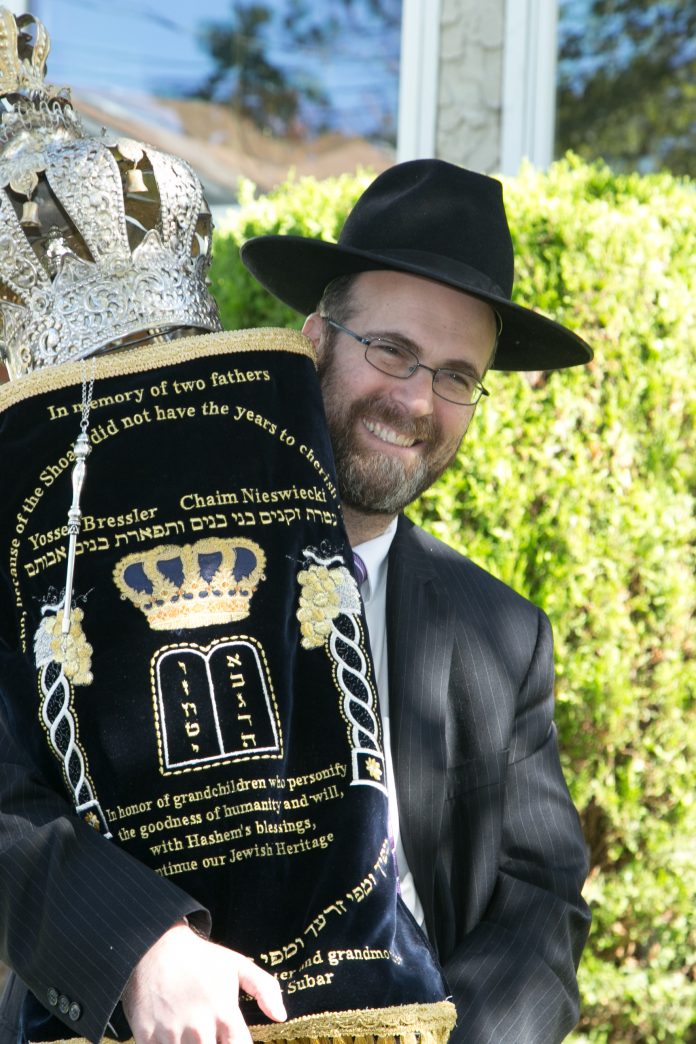 One of Abba’s talmidim once mentioned that his mother was hospitalized in Manhattan and had nobody to visit her. The talmid asked if anyone would be willing to pay a visit. Abba responded that he would be glad to. (Already pretty amazing, if you ask me, but it gets better.) Abba had to decide how he was going to get to Manhattan. Driving is annoying because of the constant traffic, but train rides aren’t too comfortable either. Abba told me later that his decision process went like this: If I take my car, then I won’t get anything done on the way. But if I take the train, then I can make a difference while I’m going. So Abba took the train and spent the whole trip walking up and down the cars, giving out his “Keep Smiling” cards. He would give each person a smile and two cards, saying, “Here’s a smile for you and one for you to pass on to someone else.” If you really care, you can find time and creative ways to make a difference for everyone in your world.

The above anecdote, excerpted from Making a Difference (Israel Bookshop Publications), is an excellent portrayal of the credo of Reb Dovid Winiarz z”l. It wasn’t just a once-in-a-while thought that he had, or an occasional action that he did because of it—this was literally the way he lived his life, with the thought “How can I make a difference?” front and center in his mind. It was this thought and mission statement that drove him to become a community askan of the highest order; to operate his one-man kiruv organization; to launch and maintain an unbelievable amount of chessed projects; to build people and worlds!

And it wasn’t just the klal that he was looking to affect. Every individual he came into contact with—from the war veteran he met on the street and went over to thank for his years of service, to the stranger behind him on line at Starbucks, whose coffee he paid for; from the guy at customer service in the bank he used, who he publicly announced was “doing a great job!” to his kids, to whom he would send texts saying “You are wonderful—keep it up!” for no special reason at all—he saw as an opportunity to make a kiddush Hashem, a chance to make someone feel good.

In his 49 years of life, Reb Dovid Winiarz touched thousands of individuals—all because he cared enough to make a difference in their lives.

And it doesn’t end there.

Although Reb Dovid passed away a number of years ago, through the book that his son, Shaya Winiarz, wrote about him, he is still reaching out to people and influencing them.

It’s been less than a month since the book has hit the bookstores, yet the feedback the Winiarz family has been receiving from countless readers is nothing short of amazing.

Someone called to say that he and his wife decided to change their approach to chinuch after reading about the unique relationship that Reb Dovid and yb”l his wife had with their kids. “I’d like to have that kind of connection with my own kids, too,” he said.

Another person, whose communication with customer service reps was generally rather sharp and pushy, was so moved by the way Reb Dovid dealt with these individuals—who, after all, are people with feelings too—that he made the decision to work on toning down his aggressive nature.

A man from a community in New York called up Hatzolah and said he wanted to donate his basement to them completely free of charge, because he just wants to make a difference…like Rabbi Winiarz.

I was recently in the airport with his family when he happened to see an elderly war veteran. Thinking of what he’d read about Rabbi Winiarz, B. went over to the man and struck up a conversation with him. He thanked him for his contribution to the safety of the country, and asked him for details of where and when he had served in the American army. B. later reported how the veteran had lit up—he was so touched that someone noticed and cared about his efforts. Not only that, but the woman standing in front of them in line, who had overheard the exchange, began crying—she, too, was moved by the incident!

Making a difference in other people’s lives doesn’t only brighten their day; it betters your own life, as well. Speak to anyone who stepped out of his/her comfort zone just a tiny bit, to help cheer up or benefit another person—and you’ll be amazed at the happiness felt by the giver himself.

It’s most amazing when that giver, the one who leaves his mark on the world…is you.