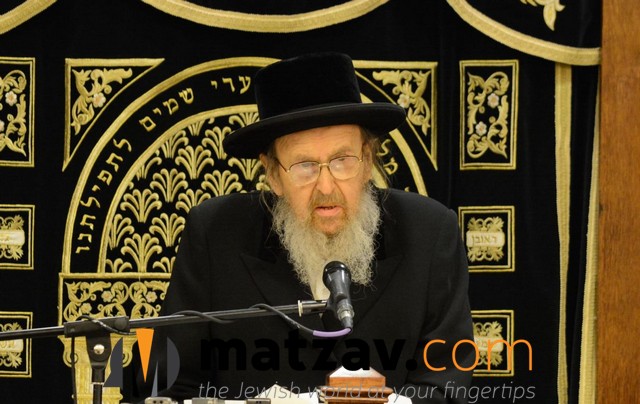 it is with great sadness that Matzav.com reports the passing of the Mattersdorfer Rov, Rav Simcha Bunim Ehrenfeld zt”l.

Rav Ehrenfeld was a son of the previous Mattersdorfer Rov, Rav Shmuel Ehrenfeld zt”l, who passed away in 1980. Rav Shmuel founded Yeshivas Chasan Sofer in Brooklyn, New York, and founded the neighborhood of Kiryat Mattersdorf in Yerushalayim.

Rav Simcha Bunim was a member of the Moetzes Gedolei HaTorah of Agudas Yisroel of America.

He passed away early this morning.

The levayah will be held at 1:15 p.m. at Yeshiva Chasan Sofer, located at 1876 50th Street, at the corner of 18th Avenue, in Boro Park. The aron will then be flown to Eretz Yisroel for kevurah there.