With all due respect, the recent discussion here about shidduchim is sorely lacking, because there is a serious flaw in the scaling calculation of the age gap.

While those surplus of 100 boys now have an even larger pool of younger girls to choose from, should they all choose girls of age 19, once again you have the same 100 surplus of boys when they hit the age of 24, and the cycle stays the SAME.

The question then really is this: Where are those unmarried boys. And the answer is NOT that they went off to marry girls of a larger pool – because that is not answering the question of where the unmarried boys are. As noted previously, the age gap does not compute.

The 1 and only marketing rule is always supply and demand vis-a-vis the price for supply in respect to demand.

The fact that many more girls are looking for the same quality “ben Torah” boy than the market supplies for in a timely manner is by and large the major contribution to the “catastrophe.” This becomes compounded by the age gap, since the girls hold on to their value system much longer then the market retains the product (the “ben Torah boy”).

While I’ve conceded that the age gap plays a role in this issue, the real problem is much more complex.

To explain a different way:

The popular belief about the shidduch crisis stemming from the age gap is more like an optical illusion.

So long as the population for boys and girls is more or less the same, it is mathematically impossible for the population growth to have any role, whatsoever, in this crisis.

The population growth only has a snowball effect on an already existing problem, but it itself is not the source to the problem.

While I concede the age gap and rapid population growth perpetuates the problem, it is not the source to the problem.

The major contributing factor is a supply and demand cultural problem and that is the fact that hundreds more girls are taught to seek after the relatively few ben Torah boys, and by the time they turn around (at 24 which happens very quickly) and realize that there were only a few such boys around, it is late in the game, and their age becomes one more consideration against them (since most boys do in fact prefer younger girls).

Think of two Russians playing chess, each of them takes an hour to make a move. The game becomes “never ending”. Our society is busy snooping under every judgmental corner, and as the clock ticks the chances for these girls to find those few, high quality boys become dimmer and dimmer.

I know because I sat on shidduchim panels, and I heard from 26 years old girls how they still wanted that ben Torah boy, or wished they had thought about it differently from the get-go. Go ask any honest shadchan and he will tell you that this is the source to the problem!

By way of illustration, add to this the fact that, r”l, there are hundreds, if not thousands, of boys who are “at risk,” on the streets or working, and hundreds more enrolled in “at risk yeshivos.”Ask yourself honestly: How many girls entering the shidduch market are willing to consider those boys?

Now ask yourself another honest question: Suppose we close the age gap to 19-20, what will happen to all the girls who were not willing to consider any other such boys when they reach the age of 21+ and there aren’t boys around to marry them? Hashem yishmor.

The solution to this problem is to effect a change on the cultural stigmas that have swept us, so that the chess pieces move around faster, and we avoid what we have today in our circles – a stalemate. 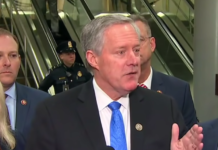