Once, when I was in the eighth grade, the boys in my class were discussing what to do with their bar mitzvah money. One of the boys mentioned something called a money market, which he explained was just like a savings account, and paid around ten percent interest. To my young, impressionable, pre-teen mind, that number became the benchmark against which all other rates of return were judged; for years, I considered ten percent to be a normal passive rate of return on money.

Fast forward many years. I became a financial advisor. I had already learned that ten percent money market returns were an aberration. In fact, no relatively safe investment could be counted on to deliver a return approaching that number. One would have to take on the full measure of volatility in the stock market to potentially average ten percent over time.

Bill Gross is the co-Chief Investment Officer of PIMCO, a Newport Beach, California money management firm. PIMCO’s flagship Total Return Fund, under the stewardship of Gross, has grown to become the largest mutual fund in the world. Last summer, Gross and company described the economic circumstances and market conditions that they believe will face us over the coming years. They called it “the new normal.”

What is the new normal? Among other things it means slower economic growth, high unemployment, low interest rates, and tepid, “half-sized” – that is to say, four to five percent – stock market returns. In other words, you know the financial crisis we’ve been trying to shake? Well, get used to it. “All investors should expect considerably lower rates of return than what they grew accustomed to only a few years ago,” Gross insists.

The new normal will naturally have ramifications in the Jewish world, and in particular, the frum world. Consider:

And the setbacks did not begin in the last two years.

In 2003, The Wall Street Journal reported how Indians were quickly replacing Jews as the premier diamond dealers in Antwerp, Belgium. The Jews, who had at one point controlled 70% of the trade, saw their influence dwindle to just 25% in a few years. That number is even smaller today. At the time, Henri Rubens, one of the community’s leaders, declared the end of the glory days noting, “We were too complacent. Now that we realize it, it’s too late.” Mr. Rubens went into real estate.

These past few decades have been remarkable for the Jewish nation, and for the Orthodox in particular. We have grown both materially and spiritually, and the two often worked hand-in-hand. Much of our largesse was committed to building a strong infrastructure of homes, shuls, yeshivos and mosdos.

But the last couple of years have been challenging; the infrastructure is showing strain and even some cracks. Many feel that we simply have to get through this rough period before going back to “normal.” But what if we’re in for a new normal? What if we need to adjust our thinking and our budgets accordingly-not just for a few years but permanently?

God will surely provide us with what we need; but our definition of “need” may have to be adjusted. Should a more moderate financial future face us, we must not allow it to slow down our spiritual growth. Our commitment to Torah and mitzvos, to educating our children and feeding our poor, to learning diligently and working honestly, must not waver.

But what we spend on our homes, our cars, our vacations, and even our simchas may need to be reigned in considerably.

CJ Srullowitz is a financial advisor in New York City, and blogs at www.luleidemistafina.blogspot.com. 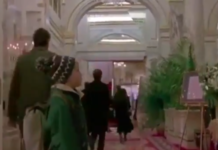