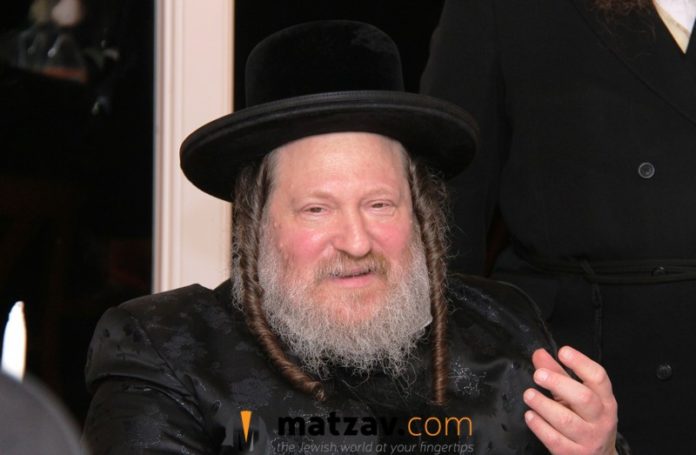 It is with great sadness that Matzav.com reports the petirah of Rav Mordechai Yissachar Ber Leifer zt”l, the Pittsburger Rebbe. He was 64.

Since succeeding his father, Rav Avrohom Abba Leifer, as rebbe in 1990, the rebbe expanded the presence of Pittsburgh Chassidus in Ashdod, Israel with new mosdos and institutions, and increased the number of Pittsburger mishpachos in Ashdod. He also led kehillos in Yerushalayim, Bnei Brak, Beis Chilkia, New York and California.

The rebbe wes a son of Rav Avrohom Abba Leifer and a grandson of Rav Yosef Leifer, the founder of the Chassidus in Pittsburgh, Pennsylvania in 1924.

The rebbe was born in Newark, New Jersey, where his father taught Torah and eventually founded a yeshiva there.

In 1966, after the death of his zaide, who served the Pittsburgh, Pennsylvania, community for more than four decades, his father accepted the invitation of the Pittsburgh kehillah to succeed his father as rebbe.

The rebbe learned in Monsey, Sanz in Netanya, and then in Lakewood.

He married his wife, Miriam Liebes, in New York. His wife is a daughter of Rav Yitzchok Eizik Liebes, av beis din of the Iggud Harabbanim of America.

In 1982, his father opened a yeshiva in Ashdod and requested that the rebbe come to Eretz Yisroel and lead the yeshiva. He arrived with his family and in addition to leading the yeshiva, he assisted his father in opening Torah institutions and bringing secular Jews back to Torah and mitzvos.

When his father was niftar on 10 Teves 5750/January 6, 1990, the rebbe assumed the matle of leadership of the Pittsburgh Chassidus.

The rebbe presides over the Pittsburg educational system which includes a cheder with over 300 students, two yeshivas, and a halacha kollel, Gemara kollel, early-morning kollel and night kollel.

Like his father before him, the rebbe led exuberant tishen on Friday nights and after the Shabbos morning meal, as well as a seudah shlishis which went late into the night accompanied by the rebbe’s words of mussar. Pittsburg is also famous for its heartfelt niggunim, many of which were composed by the rebbe.