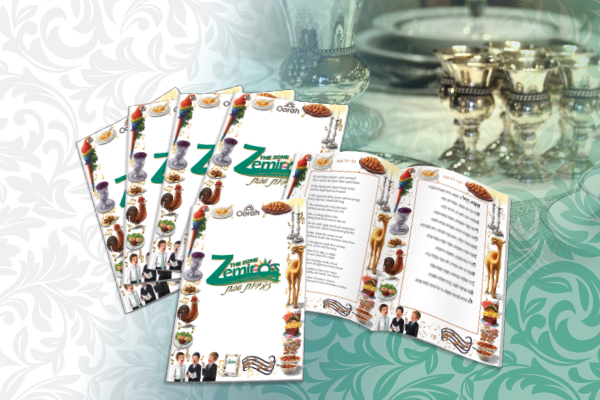 Everyone is taken with TheZone Zemiros cd that Oorah sent out this year in the auction booklet. The contemporary world of music is so controversial and unpredictable. What’s the secret to the cd’s universal appeal?

It all began in TheZone, with the pure intent of making Shabbos meaningful for the campers. The staff members brainstormed how to bring the beauty of traditional Shabbos zemiros to kids who don’t understand the words, and they hit on the jackpot. They worked on turning the translation of each zemer into a song that portrays the message and feeling of that zemer. Each year, a new zemer was added and taught to the camp. The staff members soon realized that they themselves, who grew up religious, didn’t know what many of the words meant. They recognized that there was a broader audience who can benefit from TheZone zemiros. TheZone Zemiros cd was born, bringing the beauty and meaning of Shabbos zemiros to all of klal yisroel!

The outpour of feedback received in response to TheZone Zemiros cd indicates that it indeed served its purpose. Even those who admit to being particular about the songs they enjoy and allow into their homes express amazement at how hartzig and appropriate the songs are. Adults who have been frum all their life suddenly understand what they are singing for the first time, and gain a new appreciation and connection to the songs. Families from all over, from all walks of life, are singing the songs. They sing them as they prepare for Shabbos. They sing them together with their children, who are now happily sitting and singing zemiros at the Shabbos table. They sing them and dance to them, and sometimes shed a tear, as well. They all agree that TheZone Zemiros cd has transformed their Shabbos.

Now, with the corresponding TheZone Zemiros bencher set, you can uplift your Shabbos table even more. With enthralling illustrations, all TheZone Zemiros lyrics, translated benching, and clear type, you’ll keep everyone at the table (kids and adults too!) from kiddush to benching.

With a $100 donation to the Oorah Auction, aside from winning the biggest prizes ever, you’ll receive a TheZone Zemiros bencher set free!