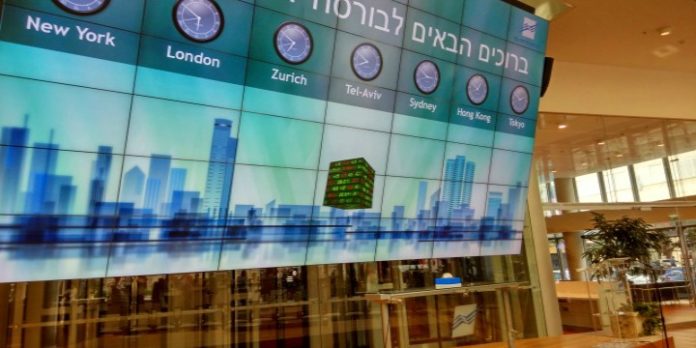 The Tel Aviv Stock Exchange has set a date for its public offering in early July, according to two people familiar with the matter who spoke to Calcalist on condition of anonymity. The prospectus is being prepared by Israel-based law firm Weksler Bregman & Co. based on the exchange’s first quarter report for 2019, the two people said, and the roadshow is planned for Israel, but also for the US and Europe.

In 2018, TASE CEO Ittai Ben-Zeev led the sale of most the exchange to five international investors, in an attempt to make it more global. New York-based hedge fund Manikay Partners now holds 20 percent of the Israeli bourse. Of the stake acquired by the remaining four funds — Australian superannuation fund Sunsuper, Santa Monica-based Dalton Investments, New York-headquartered investment bank Moelis & Company, and Denmark-based Novo Nordisk Foundation — 32.9 percent has since been held by a trustee to be offered to the public at a later date, meaning each has direct ownership of 4.7 percent.

The bourse must list according to a total valuation of at least NIS 550 million (approximately $153 million), according to the terms of the 2018 acquisition deal. Half of any profit made beyond that target will line the exchange’s own pockets.

Current estimates for the IPO put TASE’s expected valuation at NIS 600 million to NIS 650 million (approximately $166 million to $180 million), the people familiar with the matter said.

The IPO was originally planned for October 2018 but put on the backburner due to opposition from the exchange’s employees, which hold a six percent stake in the bourse. The employees are demanding 10-year layoff protection and a five-salary bonus. The matter is currently being debated in an Israeli court. If TASE does not offer the stake to the public, Ben-Zeev previously said, Sunsuper, Dalton, Moelis, and Novo Nordisk will be allowed to sell the stake independently as of January 2020.