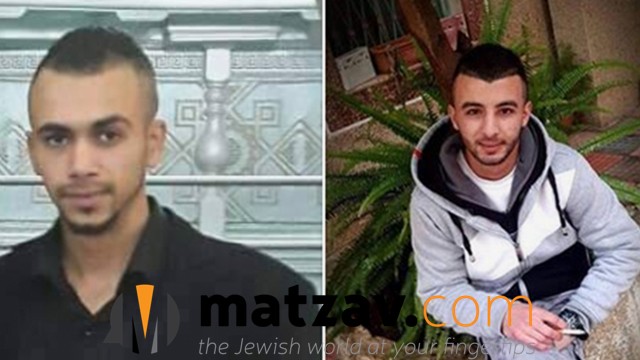 The terrorists who carried out today’s stabbings at Shaar Yaffo in Yerushalayim were identified as Anaan Hamad, 20, and Issa Asaf, 19, both from the Qalandiya refugee camp.

Asaf served tume this year for “popular” terrorist activity and was released.

Hamad was arrested in 2010 after arriving at the Qalandiya checkpoint with a knife with the goal of being detained, as he claimed during questioning that he had come to the checkpoint because he was frequently beaten by his father.

Chief Superintendent Asi Aharoni, a spokesman for the Jerusalem district, said that female Border Police officers are stationed at Shaar Yaffo on a security mission, and they noticed a crowd of people running in panic in their direction. “They understood immediately that an attack was occurring and they bravely ran to the site, identified two terrorists with knives while one was stabbing someone. They shot at them precisely and prevented more innocent people from getting hurt.”