Have you ever wondered what a real Korban Pesach looked like, or what the original appearance was of the kosher and non-kosher animals mentioned in Parshas Shemini? One need not travel far from home to get a glimpse of Torah wildlife. Preserved animals provided by world renowned taxidermists are now on display at “the Torah Zoo,” an adjunct branch of The Living Torah  Museum located at 1601 41st Street in Boro Park.

The man behind this venture is Rabbi Shaul Shimon Deutsch. He is not only the curator and tour operator of the museum, but he is also the rov of the shul, Cong. Anshei Liozna, which houses the exhibitions. In addition, Rabbi Deutsch also heads up the Oneg Shabbos program, one of the largest free food pantries in New York. Much of his time is spent collecting and  distributing food and last year alone, he gave away over $5 million  in alimentation to those in need. 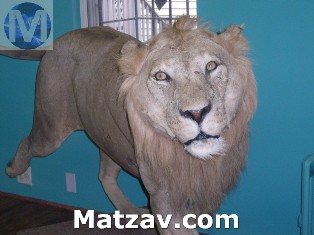 About eight years ago, Rabbi Deutsch began collecting authentic ancient artifacts that were explicitly mentioned in the Torah, Mishnah and the Gemara.

“I started collecting and exhibiting these artifacts because one cannot truly understand what life was like for our people centuries ago unless one sees the real thing,” Rabbi Deutsch told Matzav.com. “I want everyone to gain a real understanding and appreciation of the Torah and the gadlus (greatness) of Hashem, so for the sake of chinuch I have established this museum.”

He began by contacting archeologists with stellar credentials, auction houses and private collectors in order to secure the 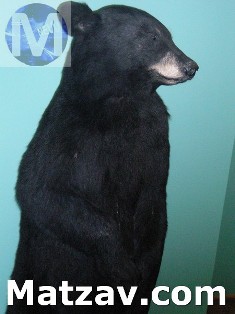 ancient remains from every period of Jewish history.

Many of the items displayed in glass cases are 2000 years old and some date back even further in history. One such item is a tablet from the city of Ur, the place where Avrohom Avinu had lived. This particular tablet is an administrative record with a list of men’s names (possibly a list of slaves). It is dated to the 1st year of Shu-sin, the fourth king of the third Dynasty of Ur which corresponds to the year 2037 B.C.E. This would be 4039 years ago.

Other items donated to the museum include Israelite pottery, a pair of bronze anklets, a Cypriot pot cover, oil lamps, wine stoppers and arrowheads from the conquest of Lachish in 701 B.C. These items were donated by Dr. Donald Brown, the last living member of James Starkey’s excavation of Lachish in the 1930s and were authenticated by the Biblical Archeology Review, a prestigious trade publication.

At the recent grand opening of the Torah Zoo exhibit, which is located in an adjacent building to the museum, animals mentioned in the Torah come to life.

“These are real animals that have been preserved and stuffed by taxidermists,” said Rabbi Deutsch. “Almost every animal mentioned in the Chumash is represented here, including the Korban Pesach,” he adds. Oxen, bears, birds, fish, crocodiles, lions, turtles, grasshoppers, lizards and peacocks are among the animals on display. Each one is life size and includes nuanced features and details. Both kosher and non-kosher animals a described in Parshas Shemini are also on hand, including the nesher, the owl, scorpions, etc.

Listen: The Daily “Bitachon 4 Life” Burst of Inspiration on Matzav.com: How Do I Feel Appreciation?

Listen: The Daily Tefila4Life Shiur On Matzav.com: Why Do I Need Barriers?