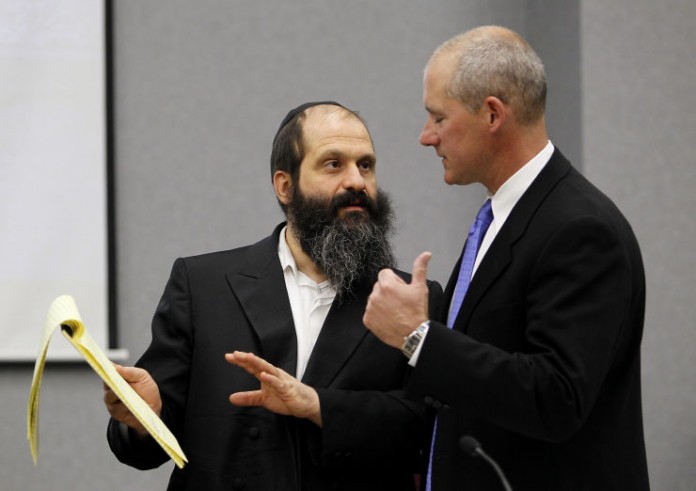 Reade denied claims that a new trial for Shalom Mordechai, 57, is warranted because his 27-year sentence was the result of misconduct by Iowa prosecutors following the infamous raid in May 2008 at the Rubashkin family’s Agriprocessors plant in Iowa by agents with U.S. Immigration and Customs Enforcement.

As of today, Rubashkin is slated to be released in 2033, approximately 16 years from now.

The Des Moines Register, in a report yesterday, said that Reade accused the defense attorneys of “embellishing” their claims to win a new hearing.

“(The) allegations regarding the government’s conduct amount to no more than the use of accusations, especially unjust ones, to damage the reputation of an opponent,” Reade contended. “(The defense attorneys’) mudslinging is wholly inappropriate.”

The raid led to Agriprocessors declaring bankruptcy and prosecutors targeting Sholom Mordechai for borrowing on a $35 million line of credit, ultimately resulting in a $27 million loss for a St. Louis-based bank when Agriprocessors went defunct.

Rubashkin attorneys have long contended, and brought proof, that the bank’s loss was directly caused by prosecutors meddling in the bankruptcy sale, scaring off potential buyers. The defense lawyers showed that prosecutors misled Judge Reade about their interference in the sale.
Reade, though, claimed that the government “did not conceal any information that materially affected the outcome of the sentencing hearing and it did not offer misleading testimony.”
Former President Barack Obama, who could have done the right thing and pardoned Rubashkin or commuted his sentence did neither before leaving office last week.
The Des Moines Register, in a report yesterday, stated that four former attorneys general – including former U.S. Attorney General Michael Mukasey, who oversaw the department at the time of the raid – and two former FBI directors signed a letter in April urging Kevin Techau, the U.S. Attorney for the Northern District of Iowa, to take action that would free Sholom Mordechai.
The Rubashkin defense team plans to appeal Reade’s ruling.
May Reb Sholom Mordechai ben Rivka see freedom bekarov.
{CB Frommer-Matzav.com}