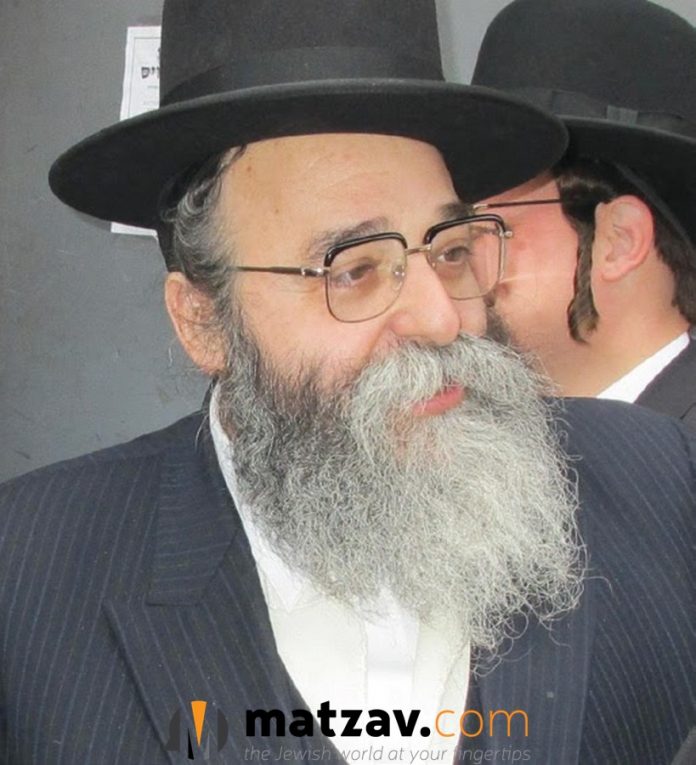 The following article appeared in the New York Daily News and was submitted by Rabbi Niederman’s office for publication on Matzav.com.

For the past several years, the yeshiva system in New York has been subjected to relentless attacks from a small group of critics. Our schools, teachers and students have been caricatured as ill-informed, ill-prepared and ignorant, and the Hasidic way of life has been dismissed as backward.

It is time to set the record straight, and to let the public know that the ugly picture of our schools and our community that has been painted is a fake.

To give you a sense of what this means, there are more students educated in New York City yeshivas than in all the public schools of Boston and San Francisco combined.

This system is not monolithic. What is true across the board is that each child educated in a yeshiva is there because his or her parent made the choice to enroll them there. That is a right parents have had for almost a century, ever since the United States Supreme Court recognized the “liberty of parents to direct the upbringing and education of children.”

We take our obligations to our students seriously. Simply stated, the allegation that our schools don’t provide any instruction in English and don’t offer secular education — one that has been repeated often since an advocacy group started promoting it — is false.

Of course, every institution can improve, and our schools are no different. That is why over the past few years, dozens of yeshivas have banded together to fund a non-Hasidic team of educators to work with the major textbook publishers to devise a culturally sensitive, Common Core-compliant set of textbooks, teacher guides and lesson plans.

The result is a set of standards-aligned English Language Arts and math textbooks that are in wide use. Hundreds of our principals and teachers have attended professional development classes and teacher training tied to that curriculum and those textbooks.

Those critical of yeshivas are also often strikingly unaware of what goes on during the Jewish studies portion of the school day. While the subject matter is centered around Jewish texts and traditions, the intellectual challenges and academic value are universal.

Students obtain critical thinking, analytical, comprehension and literacy skills that are no different from those of successful students everywhere. Our teachers employ a Socratic method of instruction, in which students are required to analyze passages and defend their interpretations. You would be hard-pressed to find sixth-grade classrooms elsewhere that so resemble law school.

We are proud of our graduates. Some become entrepreneurs, teachers and shopkeepers; others become electricians and plumbers. Many tend to the religious life and needs of our growing community. None are afraid of hard work.

Our critics are not satisfied, but that is because what concerns them is not our literacy but our way of life. You need not take my word for this. All you need to do is read theirs.

The recently released report critical of Hasidic education by an organization called Yaffed complained that “textbooks used for secular studies courses were often made by and for the Jewish community and were insular in their world-view.” Of course, until just recently, these very same critics were denying that we provided secular education or even textbooks to our students. The report went on to criticize the Orthodox Jewish practices of girls not becoming rabbis and having large families.

At bottom, what our critics want was what they told city Schools Chancellor Carmen Fariña at a public meeting on June 27, 2016: for Hasidic children “to see the world in a different perspective.”

For many parents, perhaps most, the American Dream is for their sons and daughters to become doctors, lawyers and professors and to blend into the great, homogeneous melting pot that is America. Hasidim choose a different path, one with fewer temporal ambitions but with the goal of sustaining a way of life that seems outdated in its simplicity to many, but is as enriching and fulfilling to its adherents as a tenured professorship or a law firm partnership.

That is our American Dream. Being true to our faith and our conscience is the ultimate American value. That is our shining accomplishment, and we will not stand by while our critics attempt to tarnish it.

Niederman is director of the United Jewish Organizations of Williamsburg and a member of the executive committee of Parents for Educational and Religious Liberty in Schools.