Mordechai K. of Beitar, father of a large family, has learned firsthand what it’s like to juggle life’s ups and downs in rapid succession. About six months ago, he experienced a significant down. He had been feeling extremely weak. His family rushed him to the hospital and doctors’ tests revealed terrible results, Mordechai had a cancerous tumor in his intestines. He would need to undergo complicated surgery, radiation and chemotherapy to treat it, which he began immediately. Doctors also notified Mordechai that within the year, he would need a myriad of additional treatments and at least two additional surgeries, complex ones. All the frightening news was a shock to him and his family. 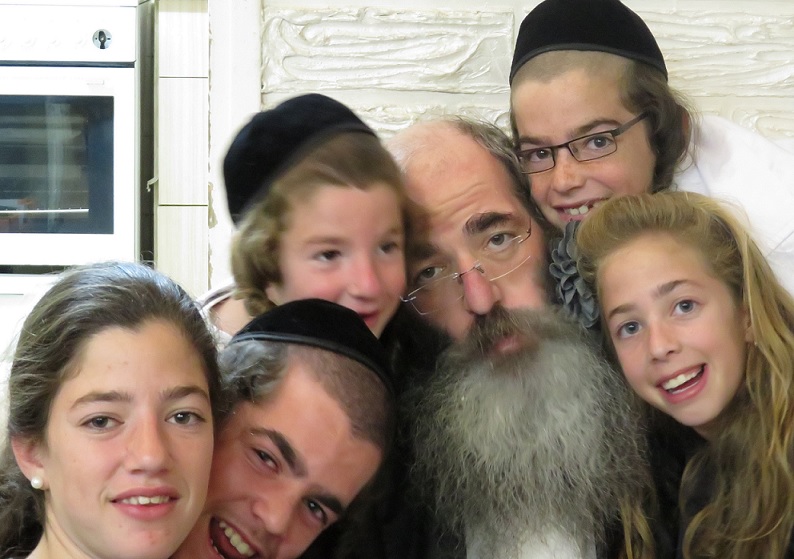 At about the same time, there was an up in Mordechai’s family’s life: Mazel tov! His daughter got engaged and it was time to make a wedding, which he and his wife did just a few weeks later. Though they did not have a large budget to spend, they did their best. Before his illness, Mordechai had always worked hard at various jobs (as a driver, a cook, and the manager of a store) to support his family as much as possible. He never complained and never borrowed from others.

Several weeks later, an up and a down practically collided. A second child got engaged and was due to get married, just two weeks after his second scheduled surgery. Mordechai returned to the hospital and was operated on. It was a difficult time but he did his best to focus on the simcha of the upcoming wedding. Happily, a third child is also due to get married in a few months. It is planned to take place G-d willing, after his next surgery.

The ups of the K.’s simchas are wonderful but they are always tempered with the frightening down of Mordechai’s illness. Each child that stands under the Chuppah is excited about their wedding but simultaneously worries about their father’s health. Mordechai’s wife is saddled with extreme concern over her husband’s condition, while trying her best to run their home and take care of their family’s many needs, on her own. His younger children remember how robust, healthy and active their Abba was, not that long ago. They want that Abba back. 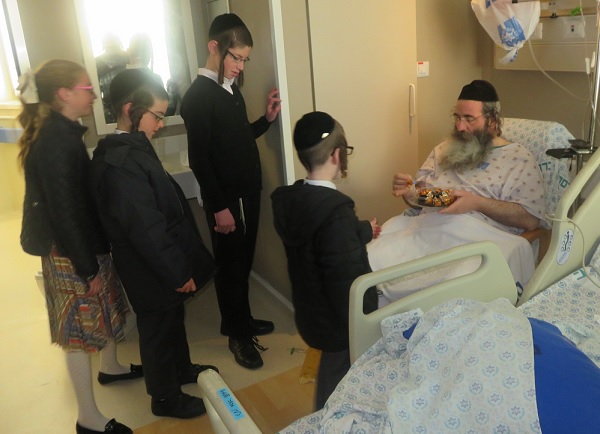 Despite his illness and the worry and concern, Mordechai’s family has been doing their best to get by day to day but they are really struggling. His work ethic is so strong but due to his weakened medical condition he hasn’t been able bring in his usual income. The bills are piling up, both from his considerable medical costs and the modest weddings he and his wife made (and will continue to make) for their children. The stress he feels from his financial situation is overwhelming, especially since he is used to supporting his family and now he cannot. The strain detracts from his focus on keeping his strength up.

We need to focus on helping Mordechai Shlomo ben Rivka Miriam and his family through this trying time. Doctors aren’t sure how many more times he will need to go under the knife. Without a clear end in sight, no one knows exactly when he will be able to return to work, which he very much wants to do. With your help, we can relieve part of the heavy stress that weighs on Mordechai’s shoulders. $10,000 will offset some of the family’s acute medical expenses and wedding bills, bringing peace of mind to a worried family, and to a father who must get well. Together, we can reduce some of their downs, and increase their ups.

Milkas Fund, founded and managed by Yad Eliezer is a safe and secure way of donating money to help individuals with compassion and enable them to live a life with their problems solved.