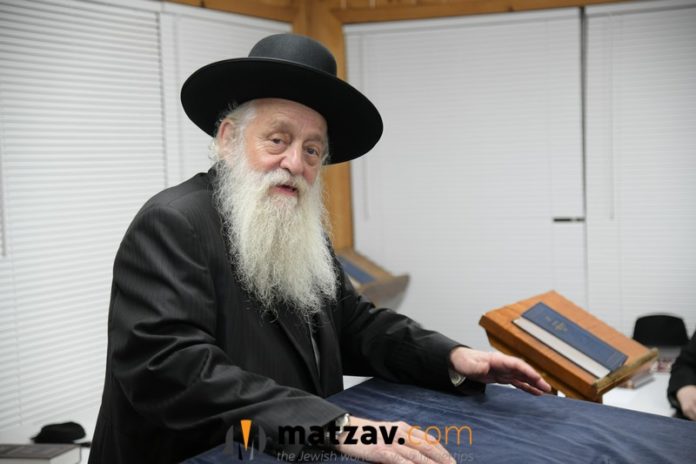 Shmuess delivered at Kollel Chevra Shas, a night kollel that opened in Lakewood this Elul in memory of those Chashuvei HaKlal who were niftar from the Corona Virus.

The Maharil says a tremendous yesod about the month of Elul. He compares repentance during this month to removing thorns from a field, which is a necessary precursor to planting. The thorns must be uprooted before any seeds can be placed into the ground. In Elul, we have 30 days to uproot our past misdeeds by the roots. Once we do so, we can enter Rosh Hashanah and Yom Kippur.

During the Yomim Noraim, everyone engages in teshuva on his own level. Everyone promises to improve and become a better person. But we see that very people actually improve. Very few people stick with their teshuva. Why is that?

We can answer by examining what type of teshuva people actually do. People klap Al Chet and delineate their sins. They promise never to engage in them again. This is all and well and good, but it does not touch upon the root of the sins. The shoresh that leads to sin is not to be found in the Al Chets.

Everyone has a different shoresh, and before one can do to teshuva he has to recognize what his shoresh is and pull it out by the roots.

Let me explain by relating a story: About 40 years ago, I spent some time in the Beis Yehoshua hotel outside of Netanya. This hotel was owned by the Agudah, and they offered a half-price rate for yeshivaleit, Thus, it became a meeting place for Roshei Yeshiva, Rabbanim and yeshiva students.

Since it was an Agudah hotel, they gave everyone a free copy of the Hamodia, Agudah’s newspaper. Everyone took their copy to read, but I noticed one man, a Polish Jew, who didn’t pick his up off the table it was placed on. He did not look like a “kannai”, and I was curious why he wouldn’t touch the newspaper. I asked him about it and he told me his story.

He told me that he was born and raised in the city of Lodzh. As a teenage bochur, he studied in the local yeshiva. He spent his days learning, but he was very curious by nature and wanted to know what was happening in the world. At that time, there were 40 Jewish newspapers in Lodzh, although most of them were not “frum”. During bais hasedarim, he would peruse all the papers to read about current events. He particularly enjoyed the editorial in the communist newspaper. Although the writer was anti-religious, he had a very good way with words, and this bochur greatly enjoyed reading his column.

He told me, “After a few weeks, I began to lose my enjoyment in learning. A few months later, I stopped learning altogether. A few months after that, I stopped putting on tefillin. By the time the Nazis arrived in Lodzh, I was a ‘goy gamur’. I didn’t even keep Shabbos and I was an avowed communist.”

He was determined to escape to the “communist paradise” in the Soviet Union, and, together with a group of 350 young people, managed to sneak across the border into Russia.

The Russian communists, led by Stalin, despised Jews, and tortured these Jewish communists severely. Almost all of them perished at the hands of the communists. Our of his group of 350, only two survived – him and one other boy.

After the war, he made his way to Eretz Yisroel and became a complete baal teshuva. He joined a yeshiva and returned to the ways of his upbringing.

“I knew that the root of my spiritual downfall was reading improper newspapers,” he told me. ‘So, I made a kabbalah never to touch any newspaper.”

That is what the Maharil means when he says that in order to do teshuva one must first uproot the cause of the sin. If one fails to do so, he can accept never to do the sins, but as long as the shoresh remains he will not be able to truly repent and change himself, and the teshuva will not last.

This yesod can be used to explain a difficult Gemara. It is stated that Hashem spoke to Yeravam and told him that if he does teshuva, “You, I and Ben Yishai (Dovid Hamelech) will walk together in Gan Eden.” Yeravam asked, “Mi Barosh? Who will be in the lead? Me or Dovid?” Hashem replied that Dovid would be in front. Yeravam said that if so, he can’t do it. He thus lost his chance to do teshuva and lost his chelek on Olam Haba.

How could Yeravam turn down such an opportunity? He was a sinner and one who caused others to sin, yet Hashem revealed Himself to him an offered him such an amazing opportunity – to walk with Him in Gan Eden? How could he refuse because of a small detail?

The answer can be found by looking a blatt earlier, at the story of Yeravam. Yeravam is praised for being the only one who had the nerves to rebuke Shlomo Hamelech for marrying the daughter of Paroh. Because of this, he merited becoming king of Yisroel, while Shlomo’s son, Rechavam, became king of Yehuda. When it came time to be oleh regel, he made a cheshbon. Only a king from Bais Dovid can sit in the Bais Hamikdosh. Therefore, Rechavam will be sitting, while I will be standing. He will look like a king and I will look like an eved. He could not accept this, and instead banned everyone in Yisroel from being oleh regel and made avodah zara instead.

The shoresh of all his sins was “Mi Barosh?’ – his desire to be in charge. That is what the Gemara is depicting in the story. He could do teshuva on all the worship of avodah zara he caused and for all of his aveiros, but that was not his real problem in the first place. His real problem was “Mi Barosh.”  Removing that was the hardest part for him because it was the root of it all. Since he could not do that, he could never do teshuva.

That is what the Maharil means that teshuva has to be with an uprooting of the shoresh. That is a difficult thing to do, but without doing so teshuva cannot last. Everyone has to look into his own lifestyle and determine what “roots” brought him to commit aveiros. Once he determines that, he can do real, long-lasting teshuva. A person may not say that he will continue living the same lifestyle and going to the same places which have led him to sin in the past, but he will stop doing aveiros. It will not work. “Ya’azov rasha darcho…veyashuv el Hashem.” A sinner must first leave his lifestyle. He must change his way of living. Only then can he return to Hashem.

Everyone must know themselves. Everyone must be able to determine what lifestyle changes he needs to make in order to remove the barriers between him and Hashem.

The verse in Eicha says: “Nachpesah darcheinu venachkorah venashuva el Hashem.” Let us search our ways and examine them, and return to Hashem. There are several explanations of this verse, but according to the Maharil we can explain it simply. We must first examine our ways and see which shoresh needs to be uprooted. Once we do so, we can return to Hashem.

We all know that Hashem just sent us a terrible mageifah, which brought us to do teshuva. The question on everyone’s mind is: When will things go back to normal? When can we be finished with this pest and go back to the way it was before?

This is not a question we should be asking. We should realize that Hashem doesn’t want us to “go back to normal.” He wants us to change and improve. He wants things to be different and better than before.

Some people got the message and gave up everything else in their life to sit and learn.  Some of those are right in this Kollel, they have now dedicated their lives entirely to sitting and learning and serving Hashem.

There is no shemirah like Torah, and this incredible Kollel is undoubtedly a source of merit for all of Klal Yisroel as we enter the Yomim Noraim. 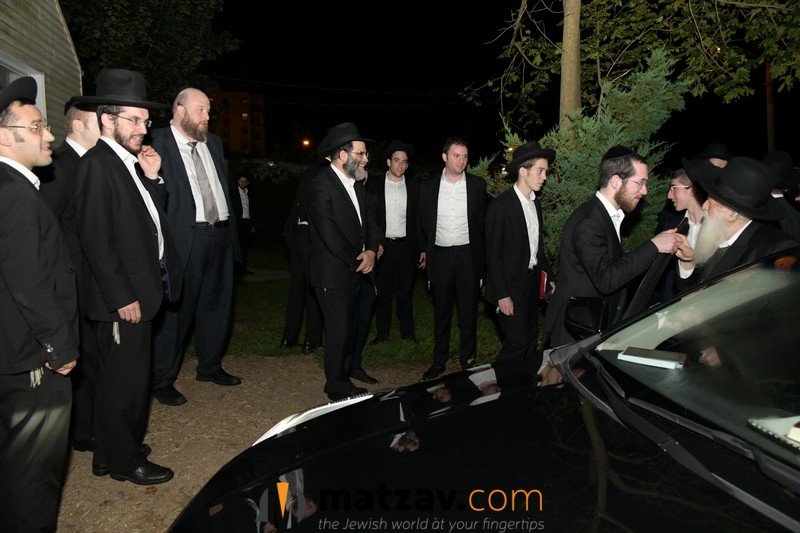 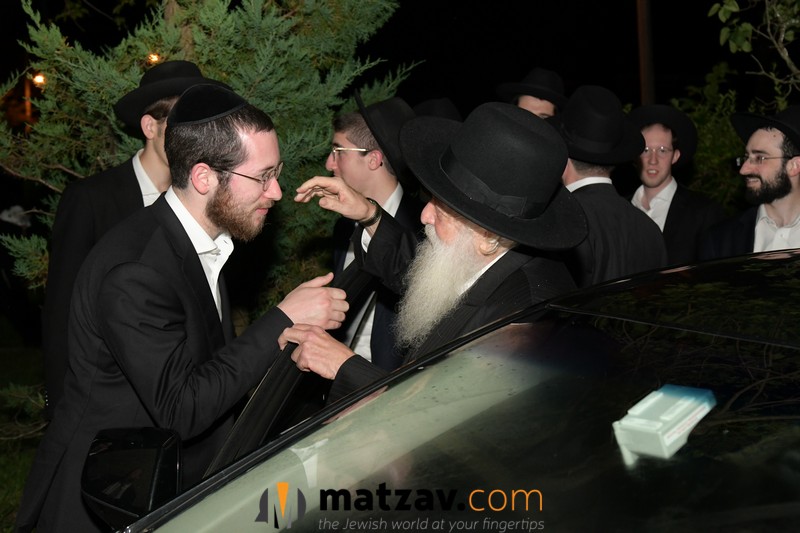 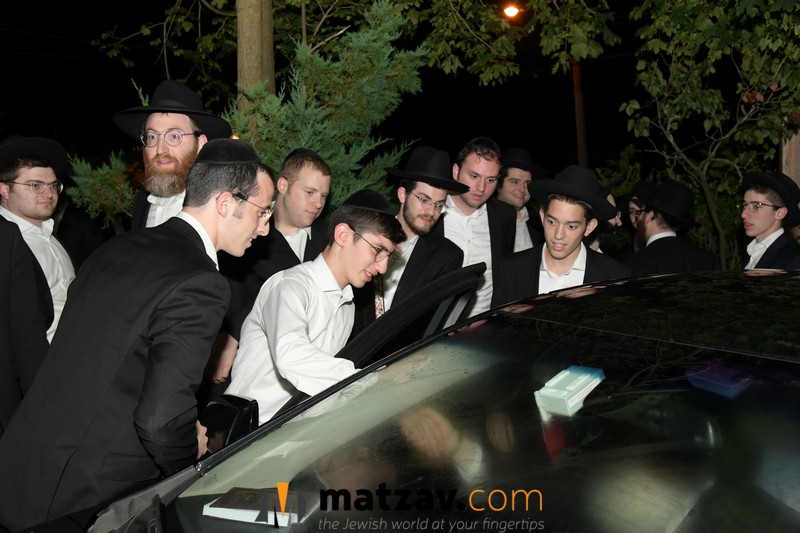