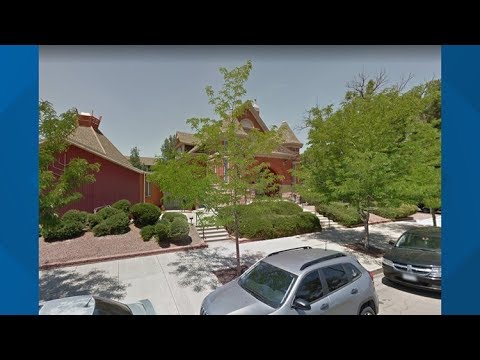 The Federal Bureau of Investigation arrested a self-proclaimed white supremacist for planning to blow up a historic Colorado synagogue and poison congregants, federal officials said Monday. The FBI called the alleged plot a hate crime and an act of domestic terrorism.

Richard Holzer, 27, was arrested Friday night after picking up what he thought was a bundle of pipe bombs and dynamite from undercover agents, according to an affidavit filed in federal court in Denver. He was wearing a Nazi armband when he was arrested and carrying a copy of “Mein Kampf,” FBI Special Agent John Smith wrote in the filing.

Investigators said Holzer wanted to blow up the Temple Emanuel synagogue in Pueblo, Colorado. The structure is the state’s second-oldest synagogue and listed on the National Register of Historic Places.

Holzer was set to be arraigned Monday afternoon on a charge of attempting to obstruct people from exercising their religion through force, and of attempted use of explosives and fire. He faces up to 20 years in prison. It was not immediately clear whether he had retained an attorney or entered a plea.

Agents said they started tracking Holzer more than a month ago after noticing his hate-filled, anti-Semitic social media posts.

An undercover agent posing as a white supremacist reached out to Holzer on Facebook in late September, investigators said. After sending the agent pictures of himself holding guns and wearing swastikas and other white supremacist paraphernalia, Holzer bragged that he had tried to poison the water at the synagogue in 2018, according to the affidavit. Investigators said he told the agent that he paid a cook to put arsenic in the water pipes and that he intended to do it again on Halloween.

His goal, according to the affidavit, was to “make them know they’re not wanted here.”

According to the affidavit, Holzer used several Facebook accounts to promote white supremacy and racist violence in direct messages and group chats.

“I wish the Holocaust really did happen,” he allegedly said in one message. “They need to die.”

He also allegedly sent pictures of himself posing with handguns and semiautomatic rifles while dressed in clothing featuring what FBI agents described as “white supremacy symbols.”

In other messages, he said he hated Jews “with a passion” and spoke about how he wanted to “die in a cop Shoot out,” according to the FBI.