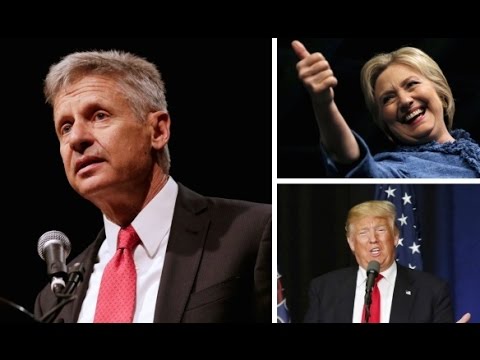 A long-shot lawsuit by the Libertarian and Green Party candidates for president has been tossed out by a federal judge, lowering the odds of a third-party candidate making it into this year’s televised debates.

“We are exploring our options, with the firm resolve that this case and the larger issue of fair debates are too important to simply allow such an arbitrary dismissal,” said Ron Nielson, the campaign manager for Libertarian nominee Gary Johnson.

Late last year, the largest third parties teamed up to argue that the Commission on Presidential Debates protected a de facto monopoly. Bruce Fein, the lawyer who drafted the lawsuit, hoped that a judge would see the private CPD as a gatekeeper for millions of dollars in free publicity, and its 15 percent polling threshold as a threat to the First Amendment. That, thought plaintiffs Gary Johnson and Jill Stein, would distinguish their cause from previous failures to open the debates.

“The difference between this case and other cases is our theory of relief and complaints,” Fein told The Washington Post at the time.

“Plaintiffs’ alleged injuries are wholly speculative and are dependent entirely on media coverage decisions,” wrote Collyer. “The alleged injuries – failure to receive media coverage and to garner votes, federal matching funds, and campaign contributions – were caused by the lack of popular support of the candidates and their parties sufficient to attract media attention.”

The legal setback does not eliminate the third parties’ options for debate access, but it displays how long their odds are. In the relatively short history of televised presidential debates, only one third-party candidate ever shared a stage with the Democrat and Republican. That was in 1992, when businessman Ross Perot appeared and occasionally shined in face-offs with George H.W. Bush and Bill Clinton. In 1980, independent candidate John Anderson appeared in one debate with Ronald Reagan, but never one with incumbent President Jimmy Carter. There were no televised debates in 1968, the last year that a third-party candidate won electoral votes.

Since 1996, third-party candidates have tried and repeatedly failed to cross the CPD’s threshold – 15 percent support in an average of polls. Denied access, they have resorted to stunts. In 2000, Ralph Nader obtained a ticket to view one of the debates between Al Gore and George W. Bush, and made a fuss after he was denied entry. In 2012, Nader’s Green Party successor Jill Stein was arrested after a protest near the heavily-secured entrance of a debate site.

Johnson, who like Stein is making a second and higher-profile run for president, has made entry to the debates a cornerstone of his campaign. “If I get into the debates, it’s Katy, bar the door,” Johnson often says.

But Johnson has struggled to hit 15 percent in any poll. In an average of polls collected by RealClearPolitics, he enjoys 8 percent support, a function of voter frustration with the major party candidates, but far short of what he needs for entry, even as the CPD suggests that it will round up if a third-party candidate closes on the magic number.

“If someone came in and let’s say he was [polling] at 14.5 percent and the margin of error in five polls was 3 points, we are going to have to sit down and look at it,” CPD co-founder Frank Fahrenkopf told CNBC this week. “But right now that person would not be included.”

In the meantime, Johnson and Stein have gotten considerably greater media attention than any third-party candidates since 2000. CNN has held two prime-time town halls for Johnson and running mate Bill Weld; later this month, it will hold a town hall for the Green Party ticket.

“With Gov. Johnson consistently polling in double-digits, we continue to believe that the CPD should make the right and fair decision to invite him to participate in the upcoming debates,” said Nielson. “There is clearly an unprecedented desire for alternatives to the Republican and Democratic nominees, and voters deserve an opportunity to see and hear that there are, in fact, other credible, serious choices. The CPD could act today to end the two-party stranglehold on the debates, and that is precisely what they should do.”