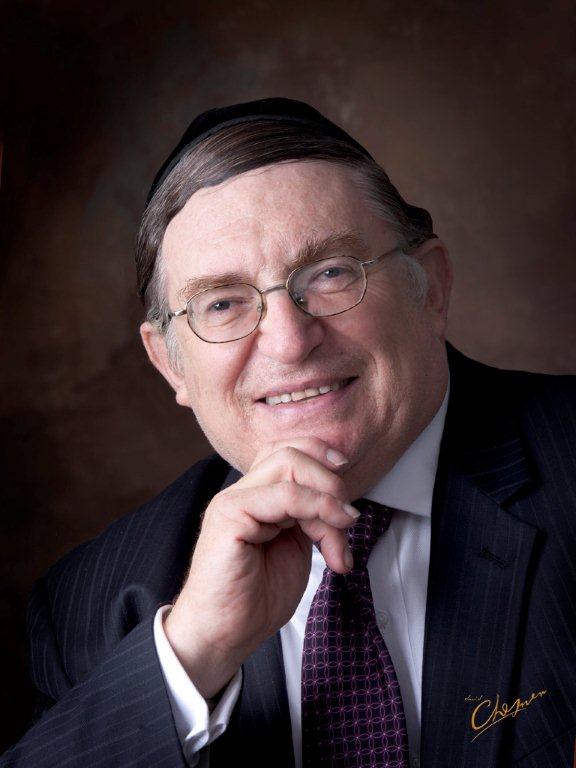 This Motzei Shabbos will be the Ohel Sarala Evening of inspiration in honor of the Yahrtzeit of Rachel Imeinu.

The event will feature Rabbi Paysach Krohn with a foreword by Rabbi and Mrs. Aryeh Zev Ginzberg.

To get an update when this goes live please click here:

Are you or someone you know in need of a zchus for their bashert?

The Ohel Sarala Initiative was born just over 4 years ago, at the recommendation of Rav Ahron Leib Shteinman ZT”L. Over the last few years, Ohel Sarala has been part of over 177 babies and 611 shiduchim.

CLICK HERE to make the Ohel Sarala your story. 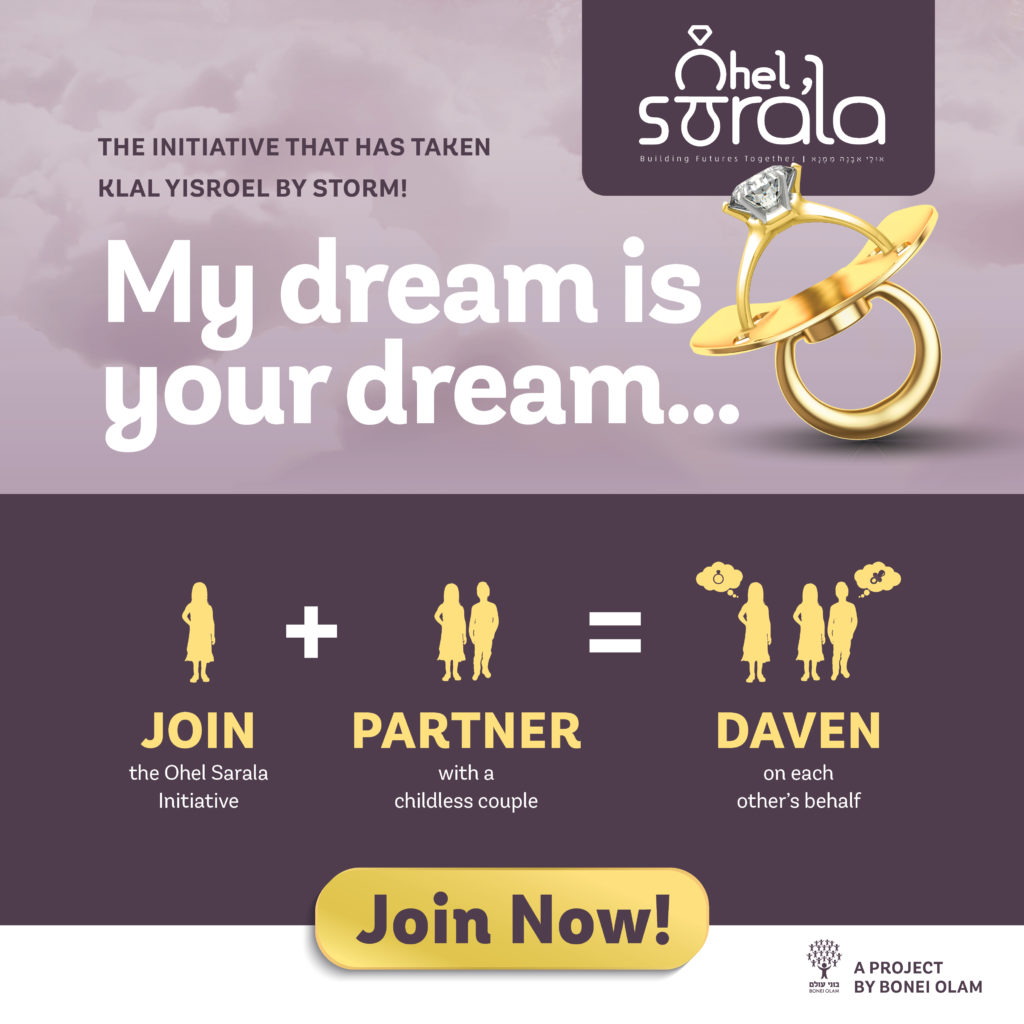 The Story of Ohel Sarala:

It all began when Rabbi Shlomo Bochner, founder of Bonei Olam, visited Hagaon Reb Aron Leib Shteinman, zatzal. Rav Shteinman told Rabbi Bochner that there are two challenges facing Klal Yisroel that allow him no peace of mind – singles seeking shidduchim and couples struggling to have a child. Both have no children.

The Torah itself shows that the two are related, said the Rosh Yeshiva. Only after Sarah Imeinu gave Hagar to Avraham Avinu, saying “Ulai ibaneh mimenah, perhaps I will be built from her” (Beraishis 16:2),” did Hashem send the malach to tell her that she would give birth. The Torah is teaching us middah k’neged middah. When a person assists someone else with having a child, there is a havtacha that he will also merit a child. And since a person can only have a child through marriage, said the Rosh Yeshiva, helping someone have a child is a zechus for a single to find a zivug. Rav Shteinman advised Rabbi Bochner to give singles an opportunity to help waiting couples financially. Such an arrangement, he said, would harness the power of middah k’neged midah, and would open a channel of great brachah.

A short while afterward, Rabbi Bochner related this conversation to Rabbi Aryeh Ginzberg. Rabbi Ginzberg and his wife had been seeking a project to undertake in memory of their daughter, Sarala, a”h. Taking Harav Shteinman’s words to heart, they founded Ohel Sarala as a zechus for the neshamah of their daughter, a”h, who didn’t merit to get married or have children. Ohel Sarala matches singles with couples waiting for children.

The process is simple. The singles sign up through Ohel Sarala; the couples are reached through Bonei Olam. The singles make a donation to designated couple being helped by Bonei Olam. Then, following Chazal’s dictum of hamispallel b’ad chaveiro ne’eneh techilah, the singles and couples daven for each other. People donate anything from small amounts to $10,000.
Ohel Sarala has raised significant funds for Bonei Olam, so that collectively, the singles are fulfilling Sarah Imeinu’s words, “ulei ibaneh memenah.” Ohel Sarala has a beautiful website where people can sign up to join, and view powerful speeches and articles.

The entire project is completely anonymous. The singles and couples get only a Hebrew name to daven for.

Today, Ohel Sarala has been part of over an astonishing 179 babies and 627 shiduchim.