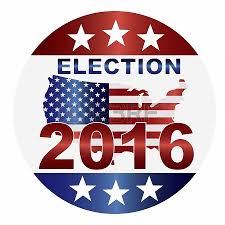 There’s a lot more on the ballot Tuesday than candidates for president and Congress.

Voters in 35 states will have the chance to weigh in on a host of ballot initiatives – about 160 in all – that could have a major impact on national drug, economic and tax policies.

Residents of Arizona, California, Maine, Massachusetts and Nevada will vote on whether to legalize the recreational use of marijuana for adults. Polls show voters favoring legalization in all of the states, although some of the margins are small. Voters in Arkansas, Florida, Montana and North Dakota will vote on legalizing medical marijuana.

Advocates think support for marijuana legalization has galvanized in California and across the country since Colorado legalized marijuana in 2012, followed by Alaska, Oregon and Washington. They also say that approval of California’s ballot measure, which includes a five-year moratorium on industrial-scale growing and carve-outs for small farmers, will send a signal that the rest of the country is ready for legalization.

“The California initiative is going to be the gold standard,” said Ethan Nadelmann, director of the Drug Policy Alliance, which is supporting legalization.

In an interview with Bill Maher on Friday, President Barack Obama said he does not think legalization of marijuana is a panacea, but that if the initiatives are approved, about 20 percent of Americans will live in a state where marijuana is legal – making enforcement difficult for federal authorities.

“The Justice department, DEA, FBI – for them to try to straddle and try to figure out how they’re supposed to enforce some laws in some places and not in others, that is not going to be tenable,” Obama said.

But some longtime marijuana farmers in Northern California are leery of the measure. They are wary of some of the measure’s big-pocketed donors, including Facebook and Napster co-founder Sean Parker, and worry that it could create factory farming of marijuana in the state.

Gun-control advocates are looking for victories in Maine and Nevada, two rural states with robust gun cultures that will vote on whether to close a loophole in federal law and require background checks for almost all gun purchases. Californians will decide if they want to ban the sale of high-capacity magazines and require background checks for ammunition purchases. In Washington state, residents will vote on whether to allow family members to seek a temporary order barring a person from access to firearms if the person is determined to pose a risk to themselves or others.

Frustrated by congressional inaction, gun-control proponents are pursuing a strategy reminiscent of the one taken by same-sex marriage activists a decade earlier, attempting to change the law state by state.

In Colorado, voters will choose from a number of initiatives, including whether to create a single-payer health-care system.

The health measure has split liberals in the state, with supporters saying it will save Colorado residents money and curb health spending, and opponents arguing that the program will be too big and have a larger budget than the state government.

Voters will also have the chance to make assisted suicide legal in the state – a controversial measure that has been enacted in six other states – and to decide whether it should be harder to put initiatives on the ballot.

Coloradans will also join residents of Arizona, Maine and Washington state in choosing whether they want to raise the minimum wage. Polling has shown strong support for the measures in each state. Arizona, Colorado and Maine have proposed raising the minimum wage to $12 an hour by 2020; Washington wants to hike it to $13.50 by 2020. The Arizona and Washington measures also mandate paid sick leave for employees.

“There’s been so much media coverage of Trump and Clinton . . . that it’s hard to compete,” said Jonathan Schleifer of the Fairness Project, which has worked to put the wage initiatives on the ballot.

Maine Gov. Paul LePage likened increasing the minimum wage to the “attempted murder” of senior citizens “because it is pushing people to the brink of survival,” he said on a South Portland radio station.

In California, the pharmaceutical industry has spent millions of dollars fighting a proposition to limit the price state agencies pay for prescription drugs, requiring them to pay no more than the Department of Veterans Affairs. It was spurred by stories of massive increases in the price of EpiPens and other drugs. Opponents worry it could drive up the cost of medicines for residents who get their drugs through private plans.

A number of criminal justice initiatives are up for a vote, including some on the death penalty. In Oklahoma, voters will consider an amendment allowing the legislature to provide for any method of execution not prohibited by the U.S. Constitution. Voters there will also decide if they want to change the classification of certain drug and property crimes from felonies to misdemeanors and, if enacted, start a fund that funnels money toward treatment programs. The two questions have bipartisan support and the backing of the American Civil Liberties Union.

California voters will choose between two competing ballot measures on the death penalty: one that would bar the practice and another that would speed up the execution process. And Nebraska residents will decide if they want to repeal a 2015 law that eliminated the death penalty in the state.