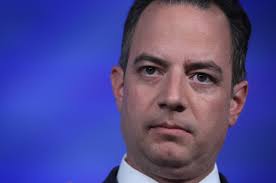 Today, on the eve of the Democratic National Convention, Democratic National Committee Chairwoman Debbie Wasserman Schultz issued a statement saying that she would step down from her position following the conclusion of the convention. Earlier in the day, it was confirmed that she would no longer chair the convention. Her resignation comes after WikiLeaks leaked 20,000 emails showing that the DNC was essentially in the tank for Hillary Clinton the entire primary.

TOWN HALL reports that this makes this smug, in-your-face tweet from Wasserman Schultz last week during the RNC absolutely hilarious:

Perhaps, TOWN HALL comments, the Dems should look into flying Reince Priebus out to Philadelphia to help smooth things over… After all, he managed to make it through his convention without being forced to step down.

The Democratic National Convention begins on Monday and continues through Thursday. [TOWN HALL]