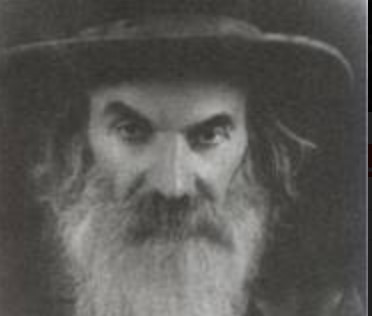 Did you know that Yerushalayim’s main Jewish cemetery for the first 3 years (1948-1951) of the state’s existence was right beside the Knesset? Up until a few years ago, almost no one in the city remembered or had heard its existence because, in its very short history, few people were buried here. After Har Zeitim became off-limits to Jews by Jordan who occupied the area between 1948 until 1967, but before the fledgling state had a chance to prepare Har HaMenuchos to take its place, this unique cemetery filled the gap. Although few are buried here, one of them is the well-known Tzaddik, the Admor m’Zhvill HaRav Gedaliah Moshe. The cemetery itself was neglected for decades with lots of weeds and plants growing over it. Several years ago, the Rebbe appeared in a dream to a relative asking them to publicize that one who comes to daven here for 3 days starting on a Monday, then that Thursday, then the following Monday, would result in the Rebbe interceding on their behalf in Shamayim. Since then, the cemetery has been cleaned up and a proper tziyun built, with thousands of Jews, from all walks of life, visiting each year. Stories abound of regular people receiving miraculous yeshuos after visiting the kever.

This Wednesday is the yahrzeit of the Rebbe, ZTL. His great-grandson, the current Rebbe of Zhvill, Shlita, is known for his warm Ahavas Yisrael. Using his unique insights into a person’s soul, he is able to identify personal strengths that others, including the person himself, doesn’t realize he has. One boy, “Meir”, came from a large but severely broken home. The Rebbe took him under his wings and the boy flourished in yiddishkeit and in other areas of his life. Unfortunately, this growth is in danger because Meir has become ill and is in need of expensive treatments not covered by National Insurance. The Rebbe is pleading for every Jew to step up and save this special boy.

The Rebbe will be davening this week at the Kever of his illustrious great grandfather, on his yahrzeit, for everyone who contributes to this important mitzvah. In addition, for those who give $490 for this worthy cause, he has selected a special shliach to daven for their success following the tried and tested Monday-Thursday-Monday schedule. He gives a Bracha that anyone who helps should have a lot of health, simcha, shalom bayis and parnassah for years to come. To learn more about this fast-approaching opportunity the Tzaddik is offering, click here.