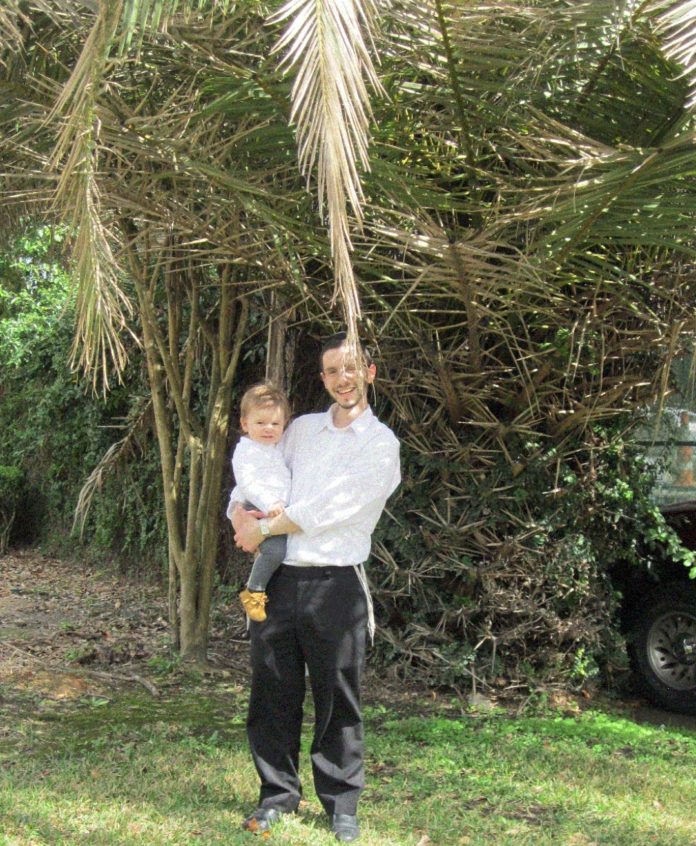 I’m sitting here mourning the loss of my dear brother.

Where do I start? Where do I begin? Can I put the life of a giant of his caliber into words? Can a mere paper and pen do justice to such a beautiful Neshama? To such an angelic person? How can words adequately describe the life of a diamond. A diamond who was so polished that he left a spark of light wherever he went.

Although I’m grappling for words, I feel compelled to at least make an attempt and do my best.

The name Yehuda is so appropriate for him. He had the strength of a lion. Fighting cancer at age six, he then fought through other medical complications that came as a result. Then again, at age 23, he fought a massive battle against the cancer that ravaged his body and soul. He fought with all his might to stay alive. He was willing to go thought every treatment or trial possible, no matter how painful it was. This was all done with unnatural Emunah and strength. His unwavering Emunah didn’t budge despite his grim prognosis that he was reminded of by each and every doctors appointment.

Yet, despite having this enormous strength, he had an unnatural softness and sensitivity. He was the epitome of pure inner and outer peace. A peace that resonated through his plastered smile on his face. Through his eyes that gave off the most pleasant and soft vibe of pure happiness and content.

Yehuda loved learning. He loved davening. I would watch him from afar, seeing him daven and be amazed at his closeness to Hashem that was so visible in the way he davened. He loved doing chesed for anyone that needed it. He loved Hashem and loved Yiddishkeit. At a young age he started giving a Daf Yomi shiur. He wrote a Sefer on Hallel and a Sefer on hilchos Basar V’Cholov.

While being infused with the most painful and horrific chemo agents, he would write the most beautiful poems describing his extreme yearning for a closeness to Hashem. He would give us all chizuk and inject us with hope that the light will shine once again and he will come out of this all. He would send out a short poem every Friday, giving us all strength and Emunah despite his pain and suffering.

Besides for being so attached to Hashem and the Torah, he also loved life. Loved his wife and children. Loved the world. He enjoyed everything from a freshly sprouted flower, to a gorgeous sunset. He simply loved life and cherished every moment of it.

He loved music and played a few instruments. During that last two weeks despite being unresponsive, when the family would sing to him, his heart rate stabilized. His soul enjoyed it.

Throughout the course of his illness, he hated coming on to people. He hated the fact that people were sad about him. On one of my visits to the hospital, I told him who I am and said that I think about him day and night. Although he wasn’t responsive, he visibly became agitated. He didn’t like what I said. He didn’t want to be the source of my pain. Despite being in enormous pain every hour of the day, he thought about everyone else and refused to be a burden on anyone.

When he was originally diagnosed, he called his Rosh Yeshiva, crying bitter tears, asking what is going to be with his wife and kids. There was no concern about himself. It was only about his family. Pure selflessness. He would come home from a horribly painful day of treatments and would drive around his wife and kids to help them feel that he’s ok. He was very far from okay. Every pothole that he drove over hurt him. Every time he needed to get in and out of the car it was an ordeal but he did it anyway, in a desperate attempt to disguise the severity of his illness.

Yehuda was only down here for 25 years. Although it’s so painful for us that he needed to go after a short 25 years, perhaps his special Neshama couldn’t handle being here longer. Just like a Sefer Torah that needs to be away and can’t be out for too long, maybe his soul was too sensitive to be exposed to the world for too long. Perhaps he was able to fulfill his entire life’s mission in just 25 years.

I got to spend the second to last night with him in the hospital. It was only me and him in the room. Although he was attached to so many tubes and machines, he looked so peaceful, so at ease. It was as though his Neshama knew that he was ready to go and he completed his mission down here.

I have never seen him do anything wrong and even if he did, the enormous amount of pain that he endured over the last year and a half cleansed him. I have no doubt that he is in the highest places of Gan Eden. He is enjoying his well-deserved royalty and schar. This all gives me so much Nechama. He’s not suffering anymore and is now basking in the light of the shechina that he so badly yearned for his whole life.

May he be a meiletz yosher for all of us and may this be the last tzara before the coming of moshiach that we so badly need!

Due to Yehuda’s illness as a child, he was unable to obtain life insurance. A fund has been set up to help his family.

Checks can be made out to: