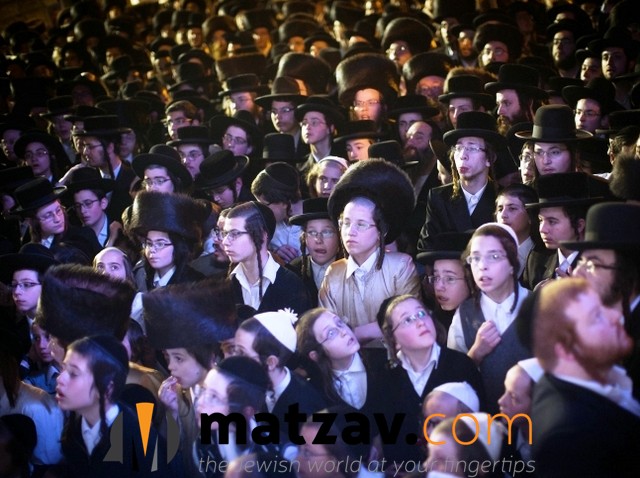 Thousands of people, including lawmakers from Shas, UTJ, Likud and Yamina, demonstrated outside the Kan public broadcasting headquarters in Har Nof, in protest against a TV program titled “The Jews are Coming,” which portrays current events with offensive skits of Biblical personalities and past gedolim.

Herzliya councilman Elad Tzadikov told the crowd it was ridiculous that the program was being produced with public funding when most Israelis respect religion and tradition.