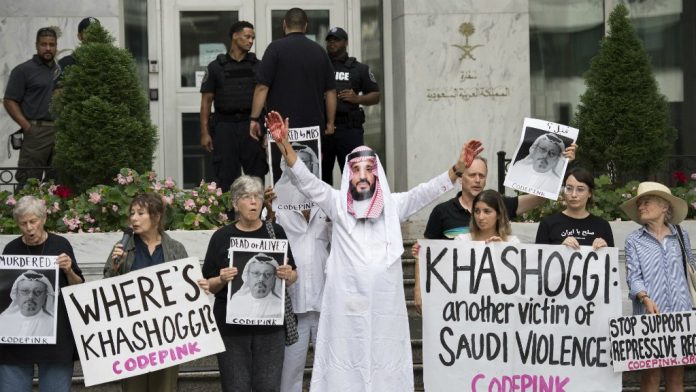 Shortly after the US intelligence community published its long-awaited report on Friday afternoon on the Saudis who were responsible for the death of Jamal Khashoggi, it was taken down without explanation and replaced with another version that removed the names of three men it had initially said were complicit.

The quiet switch by the Office of the Director of National Intelligence went largely unnoticed as the outcry grew that the Biden administration was failing to punish the prince in any way, despite having just declared in no uncertain terms that MBS was responsible.
The first link to the report that was sent out by ODNI went dead. It was then replaced with a second version that removed three of the men it had just announced “participated in, ordered, or were otherwise complicit in or responsible for the death of Jamal Khashoggi.”
The Office of the Director of National Intelligence declined to clarify why the names were originally on the list and what roles, if any, they may have had in Khashoggi’s killing.
Read more at CNN.
{Matzav.com}