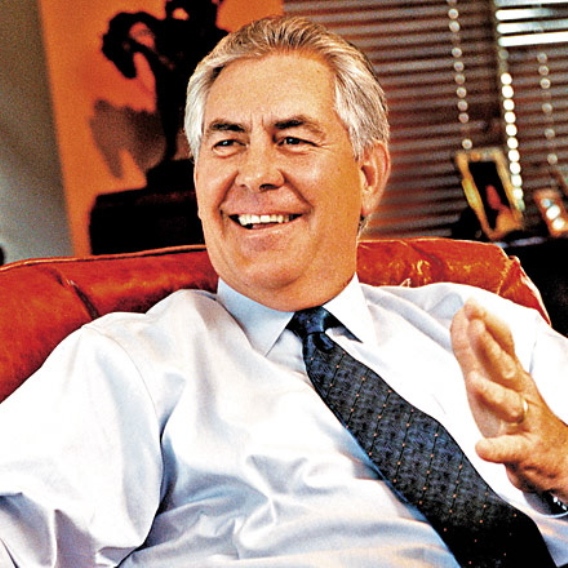 Secretary of State Rex Tillerson arrived in Kuwait on Monday night to help defuse a feud between Qatar and other Arab nations that the United States worries is hampering the fight against the Islamic State and bolstering Iran’s standing.

After weeks of phone calls and meetings with Arab diplomats in Washington, D.C., urging them to set aside unreasonable demands and negotiate, Tillerson has thrown himself into the role of mediator in his first foray into shuttle diplomacy. Over the next three days he will shuttle between Qatar, Saudi Arabia and Kuwait. He will return every night to Kuwait, a neutral country whose leader has attempted to help resolve the crisis.

“We are trying to solve an issue that concerns not just us but the entire world,” Kuwaiti Emir Sabah Ahmed al-Sabah said before meeting with Tillerson after his arrival.

The dispute erupted a month ago when Saudi Arabia and three other Arab countries broke off diplomatic and economic ties with Qatar, which hosts the largest U.S. military base in the region. The Arab allies have imposed a blockade by land, air and sea on Qatar. Iran has stepped in, allowing its tiny, oil-rich neighbor to use Iranian airspace.

On the surface, at least, the dispute centers on allegations that Qatar has provided support for terrorism, a charge Qatar denies. U.S. officials have made clear that they are concerned about terrorists getting support from several countries in the region, including those whose governments have imposed the trade and diplomatic embargo on Qatar. At a time when Islamic State fighters are being routed from Syria and Iraq, the Trump administration wants to keep up a unified front against terrorism instead of pointing fingers.

“It’s a two-way street,” R.C. Hammond, a senior adviser to Tillerson, said in a briefing to reporters during a stop in Istanbul, where Tillerson picked up an award from the oil industry and met with the Turkish president. “There are no clean hands here.”

The regional squabble is at an impasse after Qatar rejected a list of 13 demands made by Saudi Arabia, Bahrain, the United Arab Emirates and Egypt.

State Department officials have done little to hide their irritation and cautioned that Tillerson’s trip is unlikely to lead to a breakthrough. They predict weeks and probably months of work ahead and have warned that the situation could grow more tense before a solution is found.

“The purpose of the trip is to explore the art of the possible, of where a resolution can be found,” Hammond said. “We’re looking for areas of common ground.”

U.S. officials are concerned that the dispute is diverting attention from efforts to choke off the funding networks used by radical groups such as the Islamic State and to present a united front against Iran. President Donald Trump visited Saudi Arabia in May on his first overseas trip, and administration advisers closely watch reports from the International Atomic Energy Agency for the first sign that Iran is failing to live up to its commitments in the nuclear deal it reached with world powers in 2015.

“The president has been very clear that his number one goal is to have all Arab nations to do more on the financing of terrorism,” Hammond said. “That was the reason that they helped organize the Riyadh summit, and the objectives of that summit are still the priorities of the United States. So the secretary of state is being dispatched to find a resolution because we need to get back to what we were doing in Riyadh.”

The Arab Islamic American Summit was held in the Saudi capital in May and included Trump and leaders from across the Muslim world.

Though Trump has been vocal in supporting Saudi Arabia in its accusations against Qatar, Tillerson has said some of the demands made of Qatar would be impossible to meet. He has suggested that they are motivated by more than just concern about terrorism.

For example, the countries allied against Qatar have insisted that it shut down Al Jazeera, the Qatar-based television network often critical of other Arab regimes, as well as a Turkish military base there. Saudi Arabia and its allies consider Al Jazeera a vehicle for extremists, an allegation the network has denied.

Other demands of Qatar include severing ties with Islamist groups such as the Muslim Brotherhood and downgrading its relations with Iran. Saudi Arabia is Iran’s main rival for regional influence.

Tillerson’s visit follows trips to the region by other international diplomats, including the foreign ministers of Britain and Germany, and diplomats from the United Nations. Mark Sedwill, the British national security adviser, accompanied Tillerson to some of his meetings with Kuwaiti officials.

Part of the delicate balance Tillerson must take into calculation involves the U.S. military presence in the region. Bahrain is home to the U.S. Navy’s 5th Fleet. Qatar’s al-Udeid Air Base, a sprawling complex where 11,000 Americans work, is the largest U.S. military installation in the Middle East. And Turkey, which supports Qatar in the dispute, has recently expressed unease at hosting U.S. and NATO troops at Incirlik Air Base, from which the international coalition working to oust the Islamic State has flown missions.