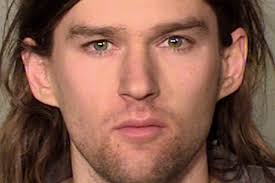 Linwood Kaine, the 24-year-old son of Sen. Tim Kaine, was arrested at the Minnesota State Capitol after he reportedly disrupted a rally in support of President Trump with about 50 other counter-protesters. Kaine, who goes by “Woody,” was one of six people arrested Saturday, when they were part of an anti-Trump group at the statehouse in St. Paul. He was was arrested on suspicion of second-degree riot after counter-protesters and pro-Trump demonstrators clashed, but law-enforcement authorities said he was released pending further investigation and that no charges have been filed against him.

Sen. Tim Kaine, Hillary Clinton’s former running mate, released a statement Tuesday night. “We love that our three children have their own views and concerns about current political issues,” he said. “They fully understand the responsibility to express those concerns peacefully.” Read more at TWINCITIES.COM.