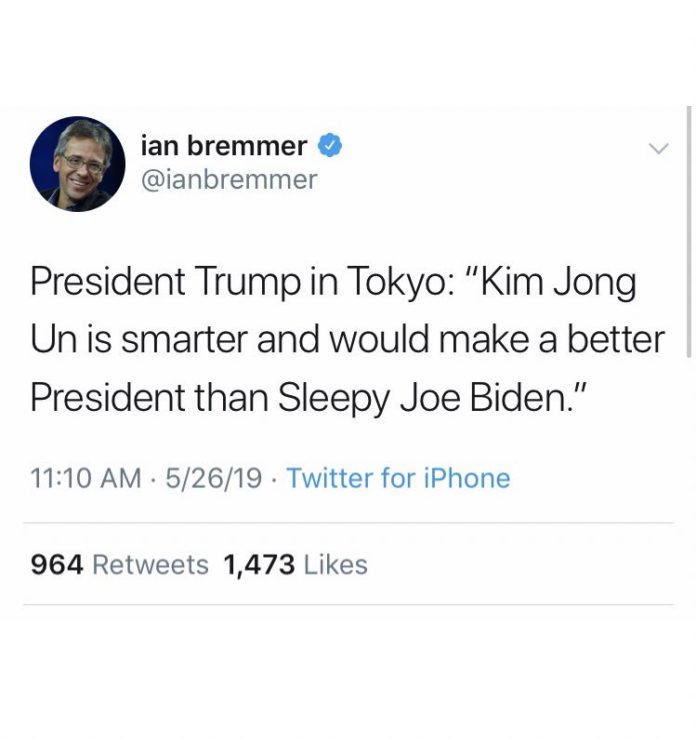 “President Trump in Tokyo: ‘Kim Jong Un is smarter and would make a better President than Sleepy Joe Biden.’” Bremmer wrote on Twitter.

Bremmer left the false post up for several hours before conceding he made up the quote and deleting the tweet, which he defended as “plausible.” During the short amount of time it was up, the tweet enraged hundreds of Twitter users, may who had angry replies to the message.