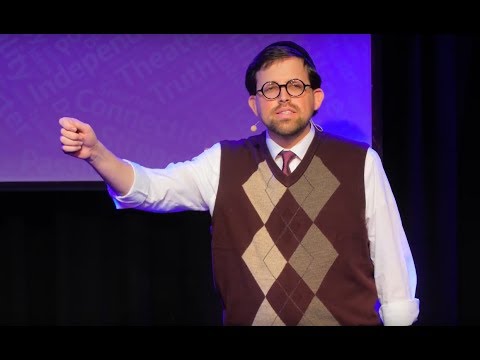 This lamentation to give us time to think loneliness in our own surrounding and examine whether or not it really bothers us. Did we ever ask ourselves how lonely the children whose father died or left feel in tight-knit communities? Have we ever been bothered by how lonely the family which is Sephardic/ Ashkenai/ Russian/ Bukharian/ or anything that is not us feel when they move into our neighborhood and were never welcomed in?

I am reminded of the time I approached someone in Shul and asked if he would like to join us for a meal. His eyes teared up. He said: ”I live here now for a few years and no one has ever invited me. By now I am married with a family so we can’t just come over but thank you.” Loneliness hurts, and you never know who is feeling it.

We read more than thirty(!) references in the Torah to being extra kind to the orphan, the convert, and the widow. As a rabbi I hereby assure anyone reading this article that looking out for the orphan, convert, and the widow is far more important than going to minyan in the morning, lighting Chanukkah candles, and even separate seating at weddings. Can we all just check for a moment how many converts we know? How many converts are we calling before Yom Tov when it is a mitzvah mide’oraysa to do so?

Can we all stop for a moment and ask ourselves how many widows we know? Can we ask ourselves what we do for widows, which according to many poskim including the Taz on Shulchan Aruch includes divorced women, in our community?

How many orphans are our children friends with? Or do we just pretend they don’t exist? “Eicha Yashva Badad.” We lament the loneliness of Klal Yisrael, but do we really? We all know how difficult it can be for people from difficult backgrounds to get their kids into schools, never mind get Shidduchim, or feel welcome in our shuls. “Eicha Yashva Badad”

Can we ask ourselves what we have done to make sure that the already painfully lonely existence of singles does not become even worse? I met once a wonderful young lady who lived in a large Jewish community. She was already in her thirties, which means she had been trying very hard to get married for at least ten years. As she walks into her doctor’s office the receptionist calls out in front of the whole office:” oh, here you are Ms. Schwartz(not her real name), so nu, did you decide already that you want to get married?” The young lady turned around, left the office, and burst out in tears. Thousands of young singles live among us leading invisible lives. We don’t know who they are, we don’t acknowledge them, and if they are lucky we occasionally remember them so we can red them a shidduch. “Eicha Yashva Badad “

I would like to refer to the young people among us but not as many do call them:” youth at risk”, they are not more at risk than anyone else, they just don’t fall into the fold. Who would like to be seen with any of them? They are often isolated and disregarded rather than be embraced lovingly as they should be. They can’t find mentors and friends to talk to as people fear the stigma of spending too much time with them and so the name we call them becomes self-fulfilling. Suddenly they are at risk. Not their choice. Our choice. “Eicha Yashva Badad “

So as we sit this Tisha Be’Av and lament how lonely we are without the she’china, let’s stop for a moment and think of all those whose loneliness is exacerbated by our indifference. Let us think of all those whom Hashem had explicitly asked us to welcome, and let us pledge that they will never be lonely again so that next year, we don’t need to sit on the floor and say again, “Eicha Yashva Badad “

Rabbi Elchanan Poupko is a rabbi, teacher, and bipartisanship activist. His recent TEDx talk The High Price of Political Polarization focused on the impact polarization has on society. He lives with his wife in New York City