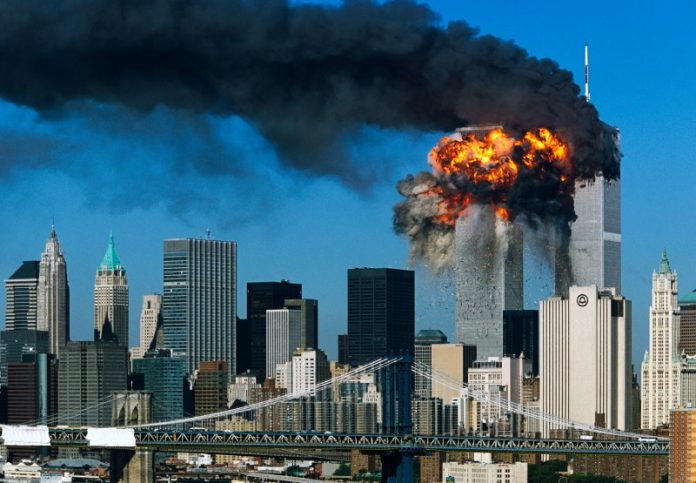 When we woke up this morning, the date on our calendars reminded us sharply of exactly where we were 15 years ago.

The day the world changed for ever.

The words “nine eleven” are branded into our history as ­deeply as any world war.

There isn’t a schoolchild in the country who doesn’t know what happened on that sunny day in Manhattan.

And no adult who watched the ­horror unfold on TV will forget those heart-stopping images.

The gaping, fiery hole where the fuselage exploded like a bomb, the heroic firemen heading up the blazing towers, and the “dust people” who ­staggered like ghosts from the wreckage, will haunt us for ever.

So too will the after-shock of panic.

We watched in stunned silence as the ­passenger planes tore into the twin towers of the World Trade Center.

“That can’t be real,” someone whispered as the most iconic buildings in the world crumbled like sand.

Until September 11, 2001, the idea that terrorists could attack the sacred financial heart of the Western world was ridiculous.

America was a fortress, Al Qaeda was an obscure bunch of fanatics and leader Osama Bin Laden was a nutter with a beard.

Back then, Islamic extremists were someone else’s ­problem.

But the moment 3,000 innocent people were vaporised in the worst atrocity of my lifetime, it was the end of the world as we knew it and the start of a new era of fear.

But 9/11 also changed the world in a more profound way.

After decades of vulgar excess it made us realise what was ­really important in life.

Family, friends, a safe job and a happy home all suddenly seemed so much more important than chasing the materialistic culture we live in.

Seeing thousands of people wiped out before your eyes, you realize how ­important life is.

May we merit the geulah sheleimah, speedily, in our day.