Rav Chaim Yehuda Leib Auerbach, co-founder and rosh yeshiva of Shaar Hashomayim, father of Rav Shlomo Zalman Auerbach (1954). The yeshiva came to occupy its current premises on Rechov Rashi in the Mekor Boruch neighborhood. Among the yeshiva’s first talmidim in the Old City was Rav Tzvi Pesach Frank. It remained there until 1948, when fighting broke out prior to the departure of the British. Haganah fighters took up a position on the roof of the yeshiva from where they were able to fire on the Jordanians. When the Old City fell to the Jordanians shortly thereafter, the conquering Jordanians set fire to the building with all the seforim and furniture inside. One of Rav Chaim Leib’s sons, Rav Raphael Auerbach, assumed leadership of the yeshiva after his father’s petira. Rav Chaim was also author of Chacham Lev.

Rav Aryeh Carmell (1917-2006) was born in England . At the age of 16 Aryeh was sent to study under Rav Eliyahu Eliezer Dessler and became his talmid muvhak. Rav Carmell began to compile Rav Dessler’s teachings under his guidance. After the war he married, making his home in London. He would spend the morning hours learning bechavrusa with some of London’s leading rabbanim. In the afternoon he would go to his office to work for a few hours, setting aside time every day to organize chessed and outreach activities. He was among the first to become involved in Jewish outreach over 50 years ago. Following Rav Dessler’s petirah he started Yad Eliyahu in London, where children who studied at public schools were taught ahavas Torah and yiras Shomayim. He published Michtav MeEliyohu, a compilation of Rav Dessler’s teachings. The first three volumes were edited with Rav Alter Halperin and Rav Chaim Friedlander, while Rav Carmell edited the fourth and fifth volumes
by himself. He also adapted parts of the work into a book in English called Strive for Truth. He also co-edited Challenge: Torah Views on Science and its Problems and wrote an important booklet called Aid to Talmud Study. When the wave of Russian aliya began he wrote a book called Masterplan. Based on Rav Shamshon Raphael Hirsch’s Chorev, it also presented reasons behind the mitzvos. Moving to Eretz Yisrael in 1972, Carmell settled in Jerusalem’s Bayit Vegan neighborhood and helped Rav Boruch Horowitz found Yeshivas Dvar Yerushalayim, Jerusalem’s first yeshiva for baalei teshuvoh. He gave shiurim on gemora, hashkofoh and Mussar.

· The infamous inquisitor of Aragon Pedro Arbues was slain, 1485. Appointed by Torquemada, he was zealous in finding lapsed “new Christians” to bring before the Inquisition and have them burned alive. He was murdered in church by a group of Marranos in retaliation for his actions against their families. The perpetrators were caught, had their hands cut off, and were then beheaded and quartered. Other leaders such as Francisco de Santa Fe committed suicide, or fled to France. Arbues was canonized by the Vatican in 1867.
· Peter the Great ordered 13 of his soldiers who participated in anti-Jewish riots hanged, 1708.
· French Jews granted full citizenship for the first time since the Roman Empire, 1791.
· First shul in South Africa, Tikvas Yisrael, was dedicated in Cape Town, 1849.
· Gedera attacked by Arabs, 1901.
· U.S. President Warren G. Harding signed a joint resolution of Congress approving the establishment in Palestine of a Jewish homeland, 1922. 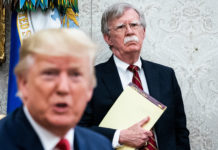 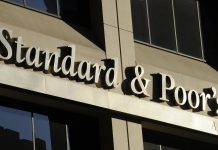