Rav Klonymos Kalman Halevi Epstein of Cracow, the Maor Vashemesh (1823). One of the most celebrated of the followers of Rabbi Elimelech of Lizhensk, he started heading the Jewish community of Cracow in 1785. At the end of his life he moved to Eretz Yisrael and is buried in the old cemetery of Tzefas.

Rav Yisrael Najára, born in Damascus, Syria, he served as secretary of that community in which his father was a rabbi. Later he wandered widely and finally was rabbi in Gaza where upon his death his son succeeded him. He was the author of Lekach Tov. Although his works were attacked by Rav Chaim Vital, Rav Isaac Luria, Vital’s teacher, declared that Najara’s hymns were listened to with delight in heaven. He wrote hundreds of piyutim, hymns, and poems. Many of Najara’s piyyutim and hymns have been taken into the rituals and machzorim of Jews in different countries, especially in Italy and Palestine. He was the author of the famous Shabbos z’mirah, Kah Ribbon Olam (1555-1625)

Rav Shlomo Halberstam, the first Bobover Rebbe, son of Rabbi Meir Nosson and grandson of Rav Chaim of Sanz, the Divrei Chaim. Rav Shlomo’s mother was the daughter of the Imrei Noam of Dzikov. He married in 1861, and moved to Sanz in 1863, where he became a close disciple of the Sanzer Rav. In 1866, at the age of 19, he was appointed Rav of Bukovsk. He was appointed Av Beis Din in Ushpitzin in 1879, then in 1880 Chief Rabbi of Wisnicz, near Krakow for 13 years. In 1893, due to a heart condition, he was obliged to leave the city and move to the city of Bobowa, near Tarnow, a city endowed with fresh air, and there he founded the Hasidic dynasty of Bobova. After his petira, his son, Rav Benzion, succeeded him as the leader of thousands of Bobover Chasidim.

Rav Dovid Grossman (1940-2005). Born in London, he moved with his family to Toronto in 1949. He learned in the Telshe Yeshiva in Cleveland for 5 years and, in 1960, became a talmid of Rav Moshe Feinstein at Mesivta Tiferes Yerushalayim. After his marriage, he moved to Washington Heights, where Rav Dovid became a sixth grade Rebbe in MTJ, and later in Breuers, also serving as the principal of Viener Bais Yaakov in Williamsburg. In 1974, the Grossmans moved to Boro Park, where Rav Dovid became active in numerous chesed organizations. In 1987, Rav Dovid accepted the position of Chaplain at the Metropolitan Geriatric Center, a nursing home affiliated with Maimonides Hospital.

· The pope entered Rome and spurned the sifrei Torah offered to him by the Jewish community, 1295.
· Many Jews were killed by a riotous mob in Seville, 1391. The riots spread throughout Spain.
· 5000 Jews of Kovno executed by Nazis, 1940.
· Lithuanian fascists massacred 2300 Jews in Kovno, 1941.
· Bialystok, Polandfell to the Germans, 1941.
· Massacre of 2300 Lithuanian Jews by Lithuanians, 1941
· Dr. Israel Kastner, a Hungarian Jew, was found guilty by a district court of collaboration with the Nazis, 1955. 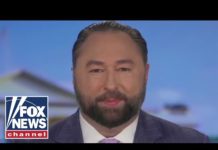 Watch: Trump Campaign Weighs In On Next Presidential Debate 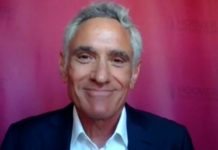 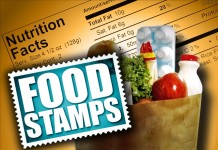