Rav Yehuda Tzadka, rosh yeshiva of Porat Yosef (1909-1991). Born in Yerushalayim, Rav Yehuda was a great-great grandson of Rav Tzadka Chutzin, author of Tzedaka U’misphat. His mother, Simcha, was the Ben Ish Chai’s niece. The Tzadka family lived in the Beis Yisrael neighborhood of Yerushalayim. When he was 12 years old, Yehuda Tzadka enrolled in the Porat Yosef Yeshiva in the Old City. There, he became very close to Rav Ezra Attia. At the age of only 27 years, he was appointed to teach at the yeshiva. Among Reb Yehuda’s first students was Rav Ovadia Yosef. In time, Rav Yehuda became the menahel ruchani, and with the petira of Rav Ezra Attias in 1970, he was appointed to new Rosh Yeshiva.

Rav Nachum Levi of Shadik, Yerushalayim (1865). He died in the cholera plague of 1865, which took hundreds of lives. He was the father of the Baharan family that built Meah Shearim, including Rav Dovid Baharan and Rav Shlomo Zalman Baharan. The Yeshivos HaRan network of 18 yeshivos and kollelim is named for him and is headed by his great-grandson, Rav Tzvi Weissfish.

Rav Moshe Kramer, Av Beis Din in Vilna. His surname, “Kramer” is derived from the Yiddish word for storekeeper. He owned a store, which his wife ran. And as a result, he always insisted on no being paid for his rabbanus (1648)

· Rindfleisch massacres claim over two thousand Jewish lives in South Germany – 470 in Rothenberg ob der Tauber, over 700 in Nuremberg, and over 800 in Wurzburg. Among the Jews murdered were Rav Yechiel ben Menachem HaKohen and Mordechai ben Hillel in Nuremberg.
· The last public Auto da Fe is held in Portugal, 1765. The ceremony, accompanied by vitriolic sermons, announces the punishments of those Christians, and Jewish converts to Christianity, who were accused of backsliding. Many victims are subsequently burned at the stake.
· Father Charles Coughlin, a Roman Catholic priest in Detroit, begins his weekly anti-Semitic broadcasts over national radio, 1938. He also formed the Christian Front in New York City which carried out anti-Semitic street meetings and boycotted Jewish businesses.
· The UN declares that “Zionism is Racism”, 1975.
· Prime Minister Yitzchak Rabin assassinated at peace rally, 1995. 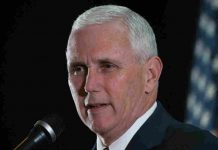