Rav Simcha Bunim Sofer of Pressburg (1842-1906), author of Shaarei Simcha and Shevet Sofer. Born in Pressburg, Hungary (now Bratslava, Slovakia), he was the son of the Kesav Sofer, the grandson of the Chasam Sofer, and a great-grandson of Rav Akiva Eiger. He succeeded his father as Rav and Rosh Yeshiva in Preessburg in 1872, at the age of 29, the yeshiva housing over 400 talmidim at the time. He himself was succeeded by his son, Rav Akiva Sofer, the Daas Sofer. Interestingly, three continuous generations – the Chasam Sofer, the Kesav Sofer, and the Shevet Sofer – all served as Rav of Pressburg for 33 years.

Rav Dovid Hakohen Leibowitz (1890-1941). Born in Warsaw, he studied in the yeshiva of Radin as a teenager, where he held private study sessions with his great-uncle, the Chafetz Chaim for 12 hours a day. In 1908, upon the recommendation of his saintly great uncle, Rav Dovid went to learn in the Slabodka Yeshiva, under the direction of the Alter of Slabodka, Rav Nosson Tzvi Finkel. In 1915, Rav Leibowitz succeeded his father-in-law as Rav of Selechnik. After six years, however, he returned to Slobodka as a founding member of the Slabodka Kollel. Every member of the Kovno Kollel had to commit himself to one year of traveling abroad and raising funds for the Kollel. That is what brought Rav Dovid to America in 1926. While there, he was offered the job as rosh yeshiva of Mesivta Torah Vodaas. Among his students were Rav Gedalya Schorr and Rav Avraham Pam. In 1933, Rav Leibowitz founded Yeshivas Rabbenu Yisrael Meir Hacohen (better known today as the Chafetz Chaim Yeshiva/Rabbinical Seminary of America in Forest Hills, N.Y.) There he transplanted to the United States his unique style of Talmud study as well as the Slabodka school of mussar. The yeshiva was headed for the past half-century by his son, Rav Henach Leibowitz zt”l, who was niftar last year.

· A pagan altar was set up in the Bais Hamikdosh under the Greeks, 167 BCE
· Five hundred Jews of Nuremberg massacred during Black Death riots, 1349.
· The Second Vatican Council, under Pope Paul VI, condemns anti-Semitism, declaring after 1800 years that the Jewish people as a whole are not to be blamed for deicide, 1964. 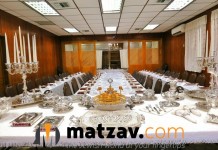 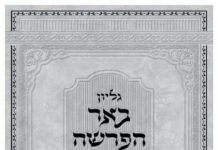