Rav Yona Navon, Rav of Yerushalayim (1713-1760). Appointed Rosh Yeshiva of Yeshivat Gedulat Mordechai in Yerushalayim at the age of 19 years, he later moved to Italy due to the harsh poverty. Supported by relatives, he published Nechpah Bakessef, his sefer of responsa. He also authored Get Mekushar on the sefer Get Pashut of Rav Moshe ibn Chaviv, as well as Pri Mipri to refute the questions on Pri Chadash raised by the Pri Toar and the Simlah Chadasha. Among his many talmidim was Rav Chaim Yosef Dovid Azoulai, the Chida.

Rav Shalom Mordechai Hakohen Schwadron, the Maharsham (1835-1911), also known as the Brezaner Rav. He gave s’micha to Rav Meir Shapiro of Lublin. He was the ultimate rabbinical authority not only for the rabbis of Galicia, Poland and even Lithuania, but for the entire Disapora. His writing include “Mishpat Shalom” on Choshen Mishpat, “Darchei Shalom” on Talmud and its commentators, “Da’as Torah” on the laws of kosher slaughter, “Galui Da’as” on sections 61-69 of Yoreh De’ah. One prominent opponent on the latter book was Rav Tzvi Hirsh Shapira, author of “Darchei Tshuvah,” head of the rabbinical court of Monkatch.

Rav Alter Yechezkel Horowitz (1930-1994). At the age of 15, he was deported with his father to Aushwitz, then to Gluzen in Austria. His mother was nifter when he was 12, and his father did not survive the war. In 1946, he joined a yeshiva for refugees in Austria. When he was 19, he came alone to America. He met Rav Aharon Kotler and joined the yeshiva in Lakewood. At the same time, he also became a very close follower of the Satmer Rebbe. In the 1960s, he moved his family to Monsey and became part of the Kollel of Bais Midrash Elyon. In 1968, he opened his beis midrash, the Sanzer Kloiz. In 1984, the Viener Kehilla in Boro Park asked him to serve as their dayan. Thereafter, he also took on the position of Rosh Bais Din of Kehillas Adas Yereim.

Rav Avraham Shlomo Biderman, the Lelover Rebbe of Yerushalayim (1927-2000). Son of Rav Moshe Mordechai of Lelov, he was born in Cracow, Poland, on Rosh Chodesh Adar. He was only four years old when his father decided to take up residence in Eretz Yisrael, settling in the Botei Warsaw neighborhood in Yerushalayim. When his father moved to Tel Aviv in 1943, he transferred to the Beis Yosef Novardok yeshiva. He married the daughter of Rav Zundel Hager. In 1965, when his father moved from Tel Aviv to Bnei Brak, he was appointed rav of the beis medrash in Tel Aviv. With the petirah of his father, Rav Avraham Shlomo was appointed Admor, and he moved to Yerushalayim.

· The Ramchal (Rav Moshe Chaim Luzzatto) formed his Chabura Hakdosha in Padua, 1731.
· Emancipation for Jews is passed by the Diet in Hungary, 1867.
· Francisco Franco met with Jewish representatives to discuss the legal status of the Jewish community in Spain, 1965
· Opening of the Ivan Demjanjuk trial in Yerushalayim, 1987. 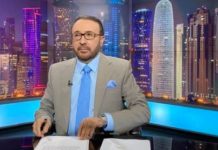 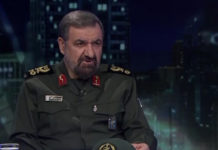 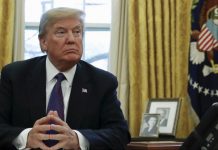