Rav Dovid (ben Tzvi Elimelech) of Dinov (1804-1874). Rav Dovid was the author of Tzemach Dovid and the son of the Bnei Yissoschar. He succeeded his father as Rebbe in Dinov following the latter’s petira in 1841.

Rav Meir Yechiel Haldshtok, founder of the court of Ostrovtze (1851-1928). A talmid of Rav Elimelech of Grodzinsk, a scion of the Kozhnitzer dynasty. Ostrovtze was one of two courts in Poland known for their yeshivos and high level of learning; the other was Sochatchov. Rav Meir Yechiel’s intricate sermons, which drew heavily on gematria, came to be known as “Ostgrovotze pshetlach.” They have been collected in Meir Einei Chachamim, and his teachings on Bereishis in Ohr Torah.

Rav Yosef Chaim (ben Avraham Shlomo) Sonnenfeld, av beis din and Rav of Yerushalayim before the State of Israel was established. (1848-1932) Born in Vrbové, Slovakia, He lost his father when Chaim was just five years old. After learning by the the Ksav Sofer, he moved to Yerushalayim in 1873.

Rav Mordechai (ben Yehudah) Schwab (1911-1994), younger brother of Rav Shimon Schwab. After spending three years at the Mir yeshiva with his older brother, he learned at Kaminetz with Rav Baruch Ber Lebovitz. During World War II, he was one of the many who traveled across Russia to Japan and Shanghai. He spent several looking for work, and then working as a rebbi in yeshivos ketana. When he was over 50 years of age, he took a job as ninth grade rebbi at Beis Shraga in Monsey. About ten years later, this position developed into a full-time mashgiach. After the passing of Rav Yaakov Kaminetzky, Rav Mordechai was approached to assume the position of Rav in Reb Yaakov’s shul. He refused, later confiding in someone that he would be forced to wear a rabbinical frock, which could inspire feeling of gaavah. He is remembered by many as one who always smiled, frequently laughing, especially at himself. But, as his brother Rav Shimon stated, his externals concealed his tzidkus. Above all, he excelled at finding merit in all others he met.

Rav Yaakov Chaim (ben Avraham) Jofen, Rosh Yeshiva of Beis Yosef Novardok, his father’s father-in-law was the Alter of Novardok (1917-2003). Following his bar mitzvah he studied at Baranovich for one year under Rav Dovid Rapaport, and then for a year under Rav Elchonon Wasserman. During these two years he lived with his uncle, the mashgiach, Rav Yisrael Yaakov Lubchansky. Later he returned to Bialystok to study under his father at Yeshivas Beis Yosef. In 1941, he arrived in the U.S. with his father. He began giving shiurim that year at Yeshivas Beis Yosef, and continued to do so for the next sixty years.

· Vincents Fettmilch (Vintznitz Patmilech), who had expelled the Jews from Frankfurt-on-Main half a year earlier on 27 Elul, was executed on this day, 1616. Frankfurt Jews for generations fasted and gave tzedaka on this day, called “Purim Vincents,” and celebrated a seudas hoda’ah the following day.
· Peter the Great of Russia ends tax on “men with beards,” a category of people which certainly included Jews, 1722.
· The restriction of the sale of Arab land to Jews in Palestine, as stated in the MacDonald White Paper, went into effect on this date, 1940.
· Capture of Ein Gedi by Israel, 1949, brought to an end the military engagements of the War of Independence.
· Israeli fighter planes shot down Libyan Airlines Flight 114 over the Sinai desert, killing more than 100 people. 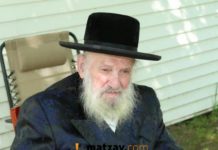 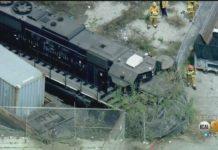