Rav Meir ben Baruch, the Maharam MiRottenberg, teacher of the Rosh, (1215-1293). In 1286, Rudolf of Germany wanted to institute a new tax on the Jews of Germany. The Jews objected to this tax.

The Maharam decided to leave Germany, but on the 4th of Tamuz, he was kidnapped by the Bishop of Bazil and handed over to the Emperor, who held Rav Meir captive in the Tower of Enzisheim in Alsace. Rav Meir composed “Shaali S’-rufa B’esh,” which is included in the kinos of Tisha B’Av. He was niftar in the prison and wasn’t properly buried until 4 Adar in 1307.

-Rav Menachem Mendel of Rimanov (1755-1815). He was introduced to Chasidus at the age of 11 when he met the Maggid of Mezritch. He studied Torah and Chassidus under Reb Shmelke of Nikolsburg, together with two of his friends, the Chozeh of Lublinand the Maggid ofKoznitz.His main teacher, however, was of Reb Elimelech of Lyzensk. Among his disciples were such outstanding Chassidic leaders as Reb Naftali of Ropshitz and Rabbi Tzvi Elimelech of Dinov. His teachings are collected in Menachem Zion, Divrei Menachem, and Be’eros HaMayin.

-Rav Yaakov Moshe Mordechai Soloveitchik of Lucerne (1915-1995). His father was Rav Yisrael Gershon Soloveitchik, son of Rav Chaim Soloveitchik of Brisk. Soon after his Bar Mitzvah, he traveled to Kamenitz to study under Rav Baruch Ber Leibowitz. He fled Poland to evade the draft, along with Rav Ahron Leib Shteinman, and the two stayed in Switzerland until the end of World War II. After the war, they traveled to Eretz Yisrael and studied at the Lomza Yeshiva in Petach Tikva, where he shared a room with Rav Chaim Kanievsky. He moved to Lugano and then Lucerne to head a Yeshiva and married Rivka Ruchama, daughter of Rav Shmuel Zanvil Neuman.

-Rav Ezra Attia of Syria, Rosh Yeshiva of Porat Yosef, Yerushalayim from 1925 to 1970 (1885-1970). He was born in Aleppo, Syria in 1887, and was named after the prophet Ezra because his mother Leah had had several miscarriages before his birth and gave birth to him after praying at Ezra’s grave in Tedef, Syria. Rav Attia began his studies in Aleppo under Rav Yehuda Aslan Attia (possibly a distant relative), but he soon moved with his family moved to Yerushalayim. After his father died when Rav Attiah was 20, three leading Sephardic sages took upon themselves to support him so he could continue his studies. In 1907, Rav Attia began studying in the new Yeshivat Ohel Moed (which later became Porat Yosef) under Rav Raphael Shlomo Laniado and Rav Yosef Yedid. His studies were interrupted by World War I, and he fled to Egypt to avoid being drafted into the Ottoman Army. While there, he established Yeshivat Keter Torah in Cairo, which continued to exist until 1948. Returning to Eretz Yisrael, Rav Attia was appointed to head Yeshivat Porat Yosef and also to serve on the Sephardic Bet Din. He continued to head Porat Yosef until his death, and among his students were Rav Ovadiah Yosef, Rav Ben Zion Abba Shaul, and leading rabbis of the Syrian communities in the United States and Panama.

· Right of citizenship was denied to Jews of the canton of Aargau, Switzerland, 1809. Emancipation was delayed until 1879.
· Joseph Goebbels, Nazi minister of propaganda, committed suicide after ordering the murder of his own six children while serving as Chancellor of Germany for one day following the death of Hitler, 1945
· The Soviet Union announced the fall of Berlin, and the Allies announced the surrender of Nazi troops in Italy and parts of Austria.

Rav Mordechai (“Mottel”) of Chernobyl (1770-1838). Successor to his father, Rav Nachum, the Meor Einayim, he became the son-in-law of Rav Aharon the Great of Karlin and subsequently of Rav Dovid Seirkes. His eight sons all became major Chasidic leaders. One of them married the daughter of Rav Dov Ber of Lubavitch.

-Rav Chaim Avraham Gagin (1787-1848). Born in Constantinople, Turkey, to Rav Moshe, a descendent of Rav Chaim Gagin, a fugitive of the Spanish expulsion. Sadly, Rav Chaim Avraham’s father died when his son was just one year old. His second wife was the daughter of the, Rav Avraham Shalom Sharabi, grandson of the Rashash, Rav Shalom Sharabi. After his marriage, he became Rosh Yeshiva of Beis Kel, founded by Rav Gedaliah Chayun in 1737. He later became Rishon Letzion. His writings included Mincha Tehora on Gemara Menachos, Chukei Chaim (halachic responsa), and others.

-Rav Yitzchak Eizik HaLevy Rabinowitz, author of Doros Harishonim, a Torah-true history of the Jewish People, written to counter the history of the maskilim. He was also an important figure in the founding of Agudas Yisrael. (19th century)

· Minister Pacheco used an attack he organized against “New Christians” as a diversion in an attempt to capture the citadel of Segovia (and perhaps the King), 1474. Although the plot was discovered in time, the Marranos were attacked anyway by an organized mob. Men, women and children were murdered.
· Jews of Venice were denied the right to practice law, 1637.
· A community of Jewish slaves, captured over a period of two centuries and held for ransom by the Knights of St. John on the island of Malta, was officially dissolved, 1800.
· An English Jew saved the life of King George III, 1800.
· The Nazis decreed the execution of all expectant Jewish women in the Kovno Ghetto 1942 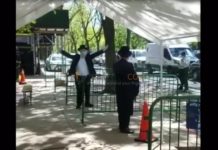 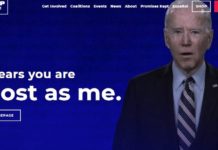