Rav Menachem Mendel Krochmahl of Nikolsburg, the Tzemach Tzedek (~1600-1661). He learned in Krakowat the yeshiva of the Bach, his rebbi muvhak and had a close relationship with the Taz. In 1631, he fled Krakow because of the uprisings of the Cossacks and settled in Moravia, becoming Rav in Krezmir. He later became Rav in Prosnitz, then in 1648 of Nikolsburg. There is a sefer called Pi Tzadik which has been attributed to him, but research has determined that the author is his son, Rav Aryeh Yehuda Leib.

·       Death of King Alexander Yanai, noted as a holiday in Megillas Taanis (76or 73 BCE)
·       Simon dias Solis, a Jew who had converted to Christianity, was arrested for allegedly stealing a silver vessel from a church in Lisbon , 1630. After his hands were cut off, he was dragged through the streets and then burned. The real culprit, a common (Christian) criminal, admitted to the crime one year later. As a result, Solis’ brother, a friar, fled to Amsterdam and reconverted to Judaism.
·       Simon Petliura, a Ukrainian nationalist and commander of the Cossacks and Haidamaks, begins his attack against the Jews accusing them of supporting the communist regime, 1919. In Berdichev, Uma, Zhitomir and 372 other Ukrainian cities about a hundred thousand Jews were killed and an equal number wounded in 998 major and 349 minor pogroms. He was murdered by a Jew in Paris in 1926.
·       The Wannsee Conference, 1942, convened by Adolf Eichmann, Y”Sh, at which the “final solution” – the destruction of Europe’s 11 million plus Jews was discussed and organized.
·       Solomon Mikhoels, a Russian and Yiddish actor was murdered by the secret police under Stalin’s orders, as part of a campaign to eradicate Jewish intellectuals and culture, 1948. 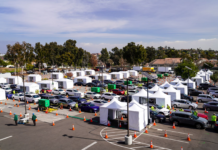