Rav Yisrael Meir Kagan of Radin (1838-1933). As a 9-year-old boy, he entered the yeshiva in Vilna. After marrying at 17 years of age, he continued his Torah studies, in spite of extreme poverty, spending every waking moment engrossed in the holy books.. The Chofetz Chaim who refused to accept a post as rabbi, opened a general store. His wife, insisting that he continue his Torah studies, managed the store. In 1869 he founded the Yeshivah of Radin. When he was 35 (1873) he published his first book, Chafetz Chaim, a compilation of the laws concerning leshon hara – spreading gossip and slander. He ultimately published over 20 books, including Ahavas Chesed, on the mitzvah of lending money, Machaneh Yisrael for Jews serving in non-Jewish armies, and Nidchei Yisrael for Jews who moved to places where there were few religious Jews, particularly America. Probably the most important book he wrote was the Mishna Berurah, a six volume commentary on Shulchan Aruch, Orach Chaim, which deals with the general laws of daily conduct, such as prayers, tefillin, blessings, Shabbat, and Festivals. It consists of 6 volumes and took 25 years to complete.

Rav Yechezkel Abramsky, Dayan in Slutsk and London, and Chief Dayan of the British Empire (1886-1976). He learned at the Beis Yosef yeshivah of Novardok under the Alter, Rav Yoizel Horowitz, as well as at Telz, Mir and Slabodka. He eventually became a close talmid of Rav Chaim Soloveitchik of Brisk. Rav Yechezkel spent the first half of his life serving as a rav or dayan in various communities, and in 1924, he became rav of the Slutsk, with a kehillah of over ten thousand Jews. After the Russian revolution, Rav Yechezkel fought desperately against the Communist decrees to destroy religion, and he was sentenced to five years in Siberia, in 1929. In 1931, he was released, and the Chief Rabbi of the British Empire, Rabbi Joseph H. Hertz, persuaded him to serve as Av Beis Din in London. In 1951, Rav Yechezkel moved from London to Eretz Yisrael, where Rav Eizik Sher invited him to give regular shiurim in Slabodka in Bnei Brak. Rav Yechezkel wrote twenty-five seforim in his lifetime, the best known being his monumental Chazon Yechezkel, a commentary on the entire Tosefta.

Rav Yitzchak Flusberg (1941-2004). Born in Tel Aviv, he learned at the Chevron Yeshiva In Yerushalayim under Rav Meir Chadash. For a number of years, he served as Rosh Yeshiva at Tiferes Hakarmel in Chaifa. He was among the founders of Gerrer shtieblech in Golders Green in London and in Toronto, and he was one of the primary founders of the Mifal Chessed organization of Ger in Eretz Yisrael. 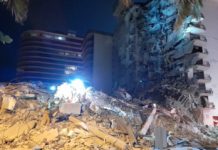