Rav Eliezer Ze’ev Rosenbaum of Kretchenif (Kretshnif)(1944). Author of Raza D’Shabbos, and son of Rabbi Meir of Kretshniff. Towards the end of the First World War he moved to Sziget. During World War

2, he was deported from Sziget to Auschwitz.

-Rebbetzin Yocheved “Jackie” Wein (1934-2006). Born in Vaskai, Lithuania, the youngest child of Rav Lazer Levin, who was a talmid of Kelm and learned with the Chofetz Chaim for five years. The family moved to Detroit in 1938, to escape the growing terror in Europe. Rabbi Levin became the Chief Rav of Detroit and was niftar in 1992. In the mid 1950s, Jackie married Rabbi Berel Wein. The Weins set up their new home in Chicago. In the early sixties, Rav Chaim Kreiswirth advised Rabbi Wein to go into rabbonus, and when a position became available in Miami, the Weins moved South. But before they left, Rav Wein was instrumental in founding the Telshe Yeshiva in Chicago. The family remained in Miami for about a decade, after which Rabbi Wein became the Rabbinic Administrator of the OU, and then founded the kehilla of Bais Torah in Monsey, New York. In addition to raising her family, Jackie accepted a fourth grade teaching job at Yeshiva Spring Valley, a position she held until they moved to Eretz Yisrael in 1994.

· Demetrius II gave to the Jews of Eretz Yisrael the crown money which he had annually levied. He thus recognized the independence of Judea under Shimon HaChashmona’i, 143 B.C.E.
· The Allied military evacuation from Dunkirk, France, ended.
· Theresienstadt was liberated, 1945.
· Israeli army captured Yavneh, 1948.
· The Israeli army captured the city of Gaza, 1967. The Jordanian-held cities of Latrun and Kalkilya were also captured on the same day.
· UN Security Council unanimously ordered a cease-fire in the Middle East War, 1967.
· Adolf Eichmann, head of the Jewish department of the Gestapo, was hanged in Israel, 1962. 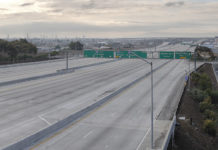