Rav Pinchas Halevi Horowitz of Nikelsburg (1730-1805), Rav of Frankfurt, the Baal Hafla’ah. His father was the Rav of Tchortkov. His brother, Reb Shmuel Shmelke, became a talmid of the maggid of Mezeritch; in Chasidic circles, Rav Pinchas Halevi is also said to be a talmid of the magid, but this has been argued and is likely not true. As a youth, the Chasam Sofer learned with Rav Pinchas Halevi, whom he considered his rebbe muvhak. His son, Rav Tzvi Hirsch, followed him as Rav of Frankfurt. Toward the end of his life, the enlightenment and reform movements began their entries into Frankfurt. In 1805, a Reform school was established there, despite the firm opposition of its rabbanim. He authored Hafla’ah and HaMikneh on Gemara and halacha and Panim Yafos on chumash.

Rav Yechiel Yehuda Isacsohn (1922-1977). After marrying the youngest daughter of the Sigheter Rebbe (the Atzei Chaim), Rav Yechiel Yehuda served as Rav of Sighet, then moved to Eretz Yisrael where he became Rav of the Achuza-Haifa community. However, when his health weakened him, he was urged to move to Los Angeles. There, in the 1950s, together with a handful of Rabbanim and baalei batim, he founded Yeshiva Toras Emes. (After his petira, his name was added to the yeshiva.) He was also mara d’asra of the Mogen Avraham shul (today known as Beis Yehuda, in his memory). In 1989, a Chassidishe Kollel was founded in Los Angeles and was called Kollel Yechiel Yehuda, to mark the import that the Rav had on the community. Today, his grandson, Rav Shlomo Klein, an avreich at the Kollel, serves as Rav of Kehillas Ohr Hachayim.

Rav Gedalia Schorr (1911-1979). Born in the town of Istrik to Rav Avraham Schorr, a Rizhiner chasid, Rav Gedalyah moved to America with his family at the age of 10 and was one of the first students of Mesivta Torah Vodaas uner Rav Shraga Feivel Mendlowitz. He joined the first group of the Daf Yomi cycle when he was 12 years old, and started delivering shiur on the Daf when he was 15. At Torah Vodaas, he studied with Rav Dovid Leibowitz, grandson of the Chafetz Chaim’s brother. When he was 20, he began giving shiur at the Mesivta. After he was married, he left for Europe to study under Rav Aharon Kotler at Kletsk. However, one year later, he was told by the American consul in Warsaw to return home because of the imminent danger. He worked closely with Agudas Yisrael’s rescue efforts during the war. In 1946, he was appointed menahel ruchni, along with Rav Yaakov Kamenetsky, of Mesivta Torah Vodaas, a post he maintained for 33 years. In 1956, after the
death of Rav Reuven Grozovsky, he also became Rosh Yeshiva of Beis Medrash Elyon, the post-graduate division of Torah Vodaas. His discourses have been collected in the sefer Ohr Gedalyahu.

Rav Simcha Bunim Alter (1992), the Gerrer Rebbe from 1977-1992; also known as the Lev Simcha. He originated the daf yomi for the Talmud Yerushalmi.

Rebbetzin Raizel Portugal, the Skulener Rebbetzin (1925-2005). Born in Yapa, Romania, a city near Sighet, Romania. Her father, Rav Menachem Zev Stern, one of the talmidim of the Satmar Rebbe, was the Rav of Vishava, Romania, and later of Givat Shaul. Her mother was the daughter of Rav Meir Barnet, the Baal Divrei Meir.

· Jewish quarter of Prague was burned and looted, 1559.
· Jews of Ostroha established this day as Purim Ostroha, to commemorate their community being saved during the Russian-Polish war when Russian troops attacked the shul, mistaking it for a fortress, 1792.
· Alexander II issued a decree returning Cantonists under the age of 20 to their parents and ordering that they be exempt from service until they had reached that age, 1859.
· Ukrainian Petliura pogrom kills many Jews, 1919.
· President Roosevelt called for an international conference to consider the “displaced persons” problem, 1938. The negligible results highlighted the passive role of the Western world and emboldened the Nazis to continue with their genocidal plans.
· Hundreds of Jews of Yurburg, Lithuania executed by the Nazis, 1941.

50,000 Illegal Immigrants Released, But Few Report Back To ICE 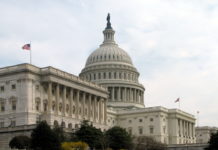