Rav Avraham Yehoshua Heschel of Crakow (1596-1663), son of Rav Yaakov Lubliner and the grandson (through his mother) of Rav Meir Katzenellenbogen.

Rav Eliezer Papo, author of Peleh Yoetz and Damesek Eliezer (1785-1828). Born in Sarajevo, he led the community of Selestria, Bulgaria, and died early at the age of 41. He is considered the exemplary spokesman of the Sephardic musar tradition of the eighteenth century. He promised in his will that, “Whoever comes to my grave in purity after immersing in a mikveh, and prays with a broken heart, I guarantee him that his prayer will be accepted.” As such, his kever in Silestra, Bulgaria, is the destination of hundreds of visitors annually. His talmid muvhak was Rav Yoshiyahu Pinto.

Rav Yosef Moshe Addess (1923-1991). Born to Rav Yaakov Addess, he learned at the Porat Yosef yeshiva in the Old City during his youth. There he became very close to the rosh yeshiva, Rav Ezra Attia. In 1952, he began to teach in the Tzofiof shul in the Bucharian neighborhood of Yerushalayim. On Friday mornings, he always taught mussar, mainly from the sefer Peleh Yoetz (interesting that its author shared his yahrtzeit). These mussar shiurim were published later by a student, under the title Kochvei Or. He became Rosh Yeshiva, Porat Yosef, Yerushalayim. He son, Rav Yaakov, became rosh kollel of Maalos Yosef, and his son Aaron heads the various chessed projects started by Rav Yosef. He died on the same date that he was born. (19 Tishrei, according to Yated 2006)

Rav Avraham Yissachar Englard, the Sosnovtza Rav/ Radziner Rebbe of Eretz Yisrael (1906-2005). Born in Krimelov to Rav Yeshaya, a grandson (and great-grandson) of the Shach, who served as Rav and Av Beis Din in Mondziuv and Sosnovitz (Sosnovtza). He became the son-in-law of the Radziner Rebbe, the Tiferes Yosef. When his father-in-law was nifter, The Rebbe’s son, Rav Shmuel Shlomo became Rebbe. During World War II, he escaped to the forest and joined the partisans; there in the forest, he wore the same clothes for almost two years. After the War, he returned to Sosnovitz, where he served as Rav and Av Beis Din. In 1948, he moved to Brooklyn, and in 1952, he accepted an invitation to join Chassidim of Radzin in Eretz Yisrael. He founded Radziner batei medrash in Bnei Brak, Tel Aviv, Haifa, Yerushayalim, Netanya, Petach Tikva, and Holon, and the Sod Yesharim Yeshiva in Yerushalayim. He moved to Crown Heights in 1954, but moved back to Bnei Brak in 1971.

·       Jews of Zurich were charged with perpetrating the Black Death epidemic, 1348. Some were burned to death; the rest were expelled. Riots against Jews spread to Bern, and in the Castle of Chillon on Lake Geneva, Jews under torture admitted to being given poison to place in wells around Venice.
·       6,300 Jews of Baden deported by the Nazis, 1940. 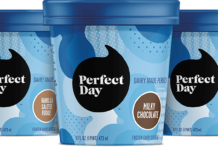 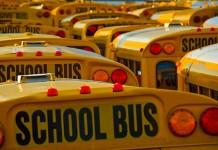 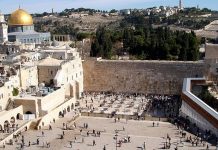