Rav Yehoshua Greenwald, Av Beis Din of Chust. After suffering the horrors of World War II, he followed the Rambam’s advice and wrote that “strolling in beautiful gardens, looking at pleasing works of  architecture, and being surrounded by beautiful objects, alleviate depression and expand one’s mind.

· The Jews of Wurzburg were massacred, 1298.
· Spinoza was excommunicated by the Jewish community of Amsterdam for advocating apikorsus 1656.
· The first of the three partitions of Poland (that occurred in 1772, 1794 and 1795) which created huge changes in the Jewish world. Ukraine went to Russia, Galicia to Austria (whose Jewish population now doubled), and Lithuania to Prussia. Catherine II inherited many of the same Jews she was trying to be rid of. Each monarch made an effort to integrate and assimilate its Jews into the “State of Order” and central administration, expediting the advance of Haskalah throughout these countries.
· The British House of Commons voted in favor of the emancipation of the Jews of England, 1833. The House of Lords rejected the proposal until 1845.
· The U.S. exploded its first experimental atomic bomb in the desert of Alamogordo, New Mexico
· Egyptproclaimed Republic, 1953. 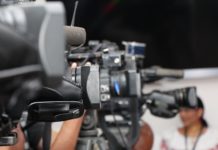 Is Hezbollah Interested In A Wide-Scale Conflict With Israel?