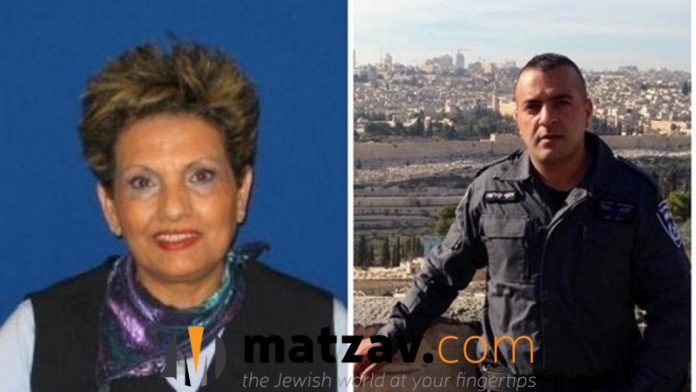 The victims of today’s deadly shooting attack near in Ammunition Hill in Yerushalayim have been identified. They are Levana Malichi and Yosef Kirma.

Levana was a resident of Yerushalayim. She 60 years old and worked as an employee in the Knesset building for over 3 decades before retiring six years ago. She is survived by behind three children and six grandchildren. The Knesset spokesman said in a statement: “Veteran workers remember a warm woman, beloved by all, devoted, caring and modest.”

The second casualty was Yosef Kirma, a 29-year-old Yassam officer who had responded to the attack and was hurt in the crossfire while chasing the 39-year-old Arab terrorist from Silwan who carried out the the attack. Yosef passed away at Hadassah Hospital. He was a resident of Mevasseret Tzion and is survived by his wife of five his months, parents and two siblings. He was posthumously promoted to the rank of first sergeant. He will be buried on Har Herzl at 5:30.