A prominent Republican senator told me that if Romney can’t win in Michigan, the Republican Party needs to go back to the drawing board and convince somebody new to get into the race.

“If Romney cannot win Michigan, we need a new candidate,” said the senator, who has not endorsed anyone and requested anonymity.

The senator believes Romney will ultimately win in Michigan but says he will publicly call for the party to find a new candidate if he does not.

“We’d get killed,” the senator said if Romney manages to win the nomination after he failed to win the state in which he grew up.

“He’d be too damaged,” he said.  “If he can’t even win in Michigan, where his family is from, where he grew up.”

What about Rick Santorum?

It would have to be somebody else, the senator said.  Who? 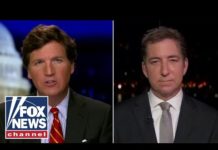 Watch: Glenn Greenwald: Neither Party Is On Your Side