A top Iranian official says that Iran will be able to annihilate Israel within a day.

According to The Jerusalem Post, Hojjat al-Eslam Ali Shirazi, representative to Iran’s Qods Force for Supreme Leader Ayatollah Ali Khamenei, claims that all they need is “24 hours and an excuse” to attack the Jewish state.

“If such a war does happen, it would not be a long war, and it would benefit the entire Islamic umma [the global community of Muslims],” Shirazi said, according to the Post. “We have expertise in fighting wars of attrition and Israel cannot fight a war of attrition.”

Shirazi went on to say that Israel is “foolish” to believe that they can launch an attack on Iran to stop its nuclear development.
“[W]hen Israel finds itself in danger of extinction, it flails around, and so it’s easy for it to do foolish things and will start a war just to sting Iran.” 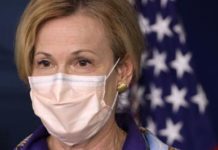