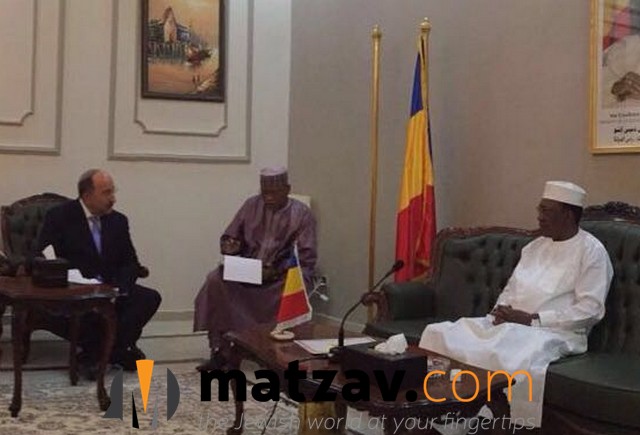 Israeli Foreign Ministry Director-General Dore Gold met with President Idriss Deby of Chad at his presidential palace in the city of Fada on July 14 in another sign of the Jewish state’s move to bolster ties in Africa, the Foreign Ministry announced.

“Chad is a central country on the African continent,” the Israeli Foreign Ministry said in a statement. “It is a Muslim, Arabic-speaking country that deals with radical Islamic terrorism and this year holds the rotating chairmanship of the African Union.”

A former French colony, Chad once held close diplomatic ties with Israel as part of David Ben-Gurion’s “periphery doctrine” until they cut relations with Jerusalem in the 1970s.

The meeting in Chad comes on the heels of Prime Minister Benjamin Netanyahu’s week-long visit to Africa earlier this month, where the Israeli leader sought to deepen ties with several key African states such as Kenya, Ethiopia, Uganda and Rwanda in order to bolster the Jewish state’s economic, security and diplomatic support in the region.

Earlier this week, Israel and Guinea, a Muslim-majority nation in western Africa, announced that they have re-established diplomatic relations for the first time in 49 years.

Meanwhile, the president of Togo, Faure Gnassingbe, is scheduled to visit Israel soon, ahead of another planned trip to western Africa by Netanyahu later this year.