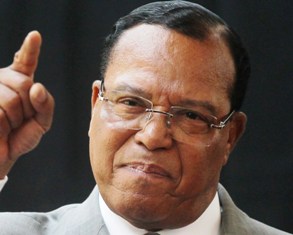 Ishmael Muhammad, national assistant minister to Nation of Islam leader Louis Farrakhan, said earlier this month that it was a Jew who had first invested in the Ku Klux Klan, and that Jewish merchants sold sheets, guns and ropes to the Klan.

Muhammad said in his July 12 speech that the Jews have always been spying on blacks, and that the COVID-19 vaccine is part of a plot to reduce the global population which he attributed to former U.S. Secretary of State Henry Kissenger.

Accusations of anti-Semitism leveled at Farrakhan are “trickery” intended to promote a “political, economic and social agenda,” said Muhammad, who went on to claim that the Jews control Hollywood and the music industry. The Jews, he said, are the “architects of the filth [that] has led to the perversity of [American] society and culture.”

Muhammad encouraged his audience to thanks celebrities who have publicly supported Farrakhan, such as athletes DeSean Jackson and Stephen Jackson, and musicians Ice Cube and Sean “Puffy” Combs.

“The enemy has got to know: Not today! That’s our brother, that’s a member of our community. Like they protect theirs—we protect ours,” said Muhammad.