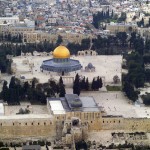 Tourism in Israel in the past year has made a reported comeback from a downward spiral during and shortly after Operation Protective Edge last Summer.

“The recovery trend after Operation Protective Edge continues apace,” Tourism Minister Yariv Levin stated. “I am pleased to see that the statistics show an increase of over 40% on 2014 and an almost complete return to the 2013 numbers.”

Tourism in Israel took a major hit during Operation Protective Edge and not only because potential tourists cancelled their plans to visit Israel. Many countries including the United States briefly banned flights from traveling to Israel, out of concern that planes were vulnerable to rocket fire from Gaza.

Data from Israel’s Central Bureau of Statistics show an increase in tourist entries for August 2015 compared to August 2014. This past August, there were approximately 213,000 tourists, which was 45% more than there were in August 2014. Additionally, there was a 75% increase in day visitors during August 2015, from the previous August.

Meanwhile, the first half of 2015 displayed a significant upward trend as well. From January 2015 through August 2015, 1.69 million tourists flew to Israel. This is only 4% lower than the number of tourists who visited Israel during the first half of 2014 before Operation Protective Edge.

The tourist rebound has encouraged Minister Levin to build on Israel’s tourism industry. “With the increase in the marketing budget, I have given the go-ahead to aggressive and focused marketing campaigns for the winter season in order to secure this welcome upward trend,” said Minister Levin.

“I am convinced that, with hard work, we can see an increase in incoming tourism to Israel,” added Minister Levin.